President of the Centre national d’études spatiales (CNES), Jean-Yves Le Gall, was in Tokyo on 6 June 2019 to lay the groundwork for the space agenda of the State Visit of President Emmanuel Macron to Japan on 26 and 27 June.

On this occasion and in the presence of Laurent Pic, France’s Ambassador to Japan, he met Takuya Hirai, Minister of State for Space Policy, Shuzo Takada, Director General of the National Space Policy Secretariat, Hiroshi Yamakawa, President of the Japan Aerospace Exploration Agency (JAXA), and Mizuhiko Hosokawa, Vice-President of the National Institute of Information and Communications Technology (NICT).

Japan is a key partner of France in the field of space. The two probes of the European-Japanese BepiColombo mission, launched on 18 October 2018 from the Guiana Space Centre, are en route to Mercury with instruments from eight French research laboratories for which development was overseen by CNES. For the Hayabusa-2/MASCOT mission to analyse the composition of asteroid Ryugu, CNES co-developed the MASCOT lander with the German space agency DLR. It is also developing the Callisto reusable launcher demonstrator with JAXA and DLR.

At the Tokyo meetings, Jean-Yves Le Gall specifically discussed the topic of space debris on which CNES and JAXA are working actively together in three areas: space surveillance and tracking, with a renewed agreement signed in 2018; joint actions within international bodies (COPUOS); and research and development (R&D) activities.

CNES and NICT have been working together on optical satellite communications since a first agreement signed in 2012, renewed in 2015, which expired last November. Optical data transmissions between NICT’s laser terminal on the Japanese Socrates satellite and the optical ground station operated by CNES and the Côte d’Azur Observatory have achieved excellent results. At their meeting, Jean-Yves Le Gall and Mizuhiko Hosokawa identified areas for cooperation that will feature in a new framework agreement.

At the invitation of Jean-Yves Le Gall, JAXA’s President Hiroshi Yamakawa will be visiting CNES’s Toulouse Space Centre (CST) on 13 June for a tour of the Orbit Computation Centre (OCC) focusing on space situational awareness (SSA) after a presentation of the Space Climate Observatory (SCO). He will also be taking part in the ESA Council meeting on 14 June and the opening of the Paris Air Show on 17 June. 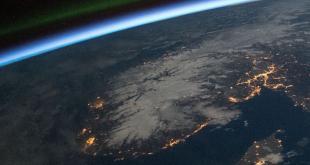