Firefly Aerospace, the New Space launch company that aims to serve the small to medium-sized satellite launch market with its Alpha and Beta rockets and is owned by Ukrainian-American entrepreneur Dr. Max Polyakov, has announced the appointment of Leslie Kovacs as its Vice President for Business Development.

Kovacs comes to Firefly Aerospace from United Launch Alliance (ULA) where he served as the Director of its Executive Branch Affairs where he developed ULA approaches to U.S. federal government policies and acquisitions with regard to ULA’s U.S.$57 billion Evolved Expendable Launch Vehicle (EELV) programme. Kovacs brings over 30 years experience in the space launch business, and will head Firefly Aerospace’s Washington, DC, office.

Notably, Kovacs brings to Firefly Aerospace his experience as a U.S. Air Force Space Operations officer where he worked launch operations at Cape Canaveral and was involved in policy formulation at the White House, the National Aeronautics and Space Administration (NASA), and the U.S. Department of Defense (DoD).

“Les adds an extraordinary depth of experience to our team,” said Firefly Chief Executive Officer Dr. Tom Markusic. “He has hands-on launch experience working as an Air Force Space Operations Officer and as an operations manager for Orbital Science’s X-34 and Antares vehicles. Combined with his extensive experience working with the White House, NASA and the Departments of Commerce and Defense, Les brings capabilities and knowledge of Washington executive branch, regulation and procurement affairs to Firefly that are key to supporting our global business development strategy.”

Dr. Max Polyakov, Firefly Aerospace’s co-founder, said, “We have assembled a world class team at Firefly and we will continue to aggressively hire top tier individuals as we prepare for our first launch in the third quarter of 2019. We welcome Les to the Firefly family with the knowledge that his extensive experience will further accelerate Firefly’s business development.”

“We are witnessing the transition of space to commercial enterprise. From populating large satellite constellations to the commercialization of cislunar space, the moon and beyond, Firefly is uniquely situated to provide reliable and economical access to space for this burgeoning industry through its Alpha and Beta launch vehicles,” said Leslie Kovacs. “I’m excited to join Firefly in pursuit of our shared vision of ‘Making Space for Everyone’.”

Firefly Aerospace is headquartered in Cedar Park, Texas, with offices in Washington, DC; Dnipro, Ukraine; and Tokyo, Japan, and is a subsidiary of Dr. Max Polyakov’s Noosphere Ventures, headquartered in Menlo Park, California. 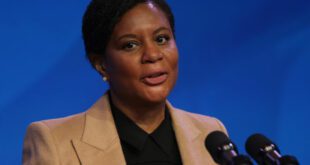