Google Lunar XPrize competitor, Synergy Moon, is an international coalition of members that encompass and merge the arts and sciences. With a spirit of social entrepreneur meets extreme adventurer, Synergy Moon is focused on using science, technology, arts, and mathematics for on-the-ground changes that benefit the entire human family.

Synergy Moon represents a collaboration of individuals from over 15 countries –  and their numbers are growing. Pioneers in human space travel and interplanetary exploration, the members’ technological innovations will make manned orbital travel, personal satellite launches, and Solar System exploration cost-effective, and above all, possible for everyone. Through aerospace research and development, rocket launch services, and a wide range of public events and awareness campaigns, the Team aims to inspire and invigorate humanity’s desire to explore the Moon, Mars, and space beyond.

Team Synergy Moon see the GLXP as just the beginning. They aim not only to land their Tesla Rovers on the lunar surface, but beyond GLXP, Synergy Moon is working on a suite of space exploration and adventuring technologies and service offerings, all intended to bring space closer to humanity.

Synergy Moon is the brainchild of Nebojsa Stanojevic (Neb). Over the years, he has brought together people from different cultures and world regions and developed a highly technical and advanced team. The GLXP is a hard-fought competition and Neb has recognised synergy with other teams that were not able to secure GLXP launch contracts in time. He has brought them together to ensure that they can still take part in this unique opportunity. Neb’s Co-Founder is Kevin Myrick, Joint CEO of Synergy Moon and CEO of Interplanetary Ventures. He has been key to securing strong partnerships within Team Synergy Moon.

Experiments launched with the lunar rover will include a beer-brewing experiment from Team Synergy Moon Member, Team Original Gravity. This is intended to prove that beer may be brewed remotely and will also look in detail at the behaviour of yeast in low gravity. This will be crucial in understanding how critical items such as bread and some medicines can be made in the event of the establishment of a lunar colony.

SpaceWatch Middle East managed to catch up with Team Synergy Moon to find out more about their story so far.

Please begin by giving us some background on Team Synergy Moon and its members. How did it all start?

TSM is a merge of InterPlanetary Ventures and the Human Synergy Project. HSP was a group of humanitarian volunteers that included adventurers, educators, artists, and engineers, and some of them were international celebrities. IPV was a group of space enthusiasts that included engineers, scientist, artists, and educators, none of which were celebrities. The two teams signed up and paid the fee as GLXP Letter of Intent teams, then Neb and Kevin, seeing synergies between their teams, got together, talked and soon merged their teams to pay the full registration fee as one team, Team Synergy Moon.

The GLXP is a huge undertaking. What made you enter the competition?

This competition was an opportunity for us to take our Special Interest Group and morph it into a Space mission development company.

How far have you progressed to date? Is the team on schedule to make its launch within the remainder of 2017?

The deadline for completing and judging for all GLXP missions is 3/31/18 and we are on track to make that deadline.

Tell us about the mission itself and the Tesla Surveyor.

Our Tesla rovers have taken on many shapes over the past 10 years. We have built and tested designs with treads, 6, 4 and 2 wheels, and spherical rovers. Our current 3 wheel design is based on our minimalist approach for this GLXP mission, to create the lowest cost, lowest mass mission possible/ever to attempt a landing on the Moon with the capacity to complete the objectives of the GLXP competition.

Space Kidz India has recently joined the Synergy Moon Team. Can you tell us about the capabilities and expertise it will bring to the team?

SKI brings us their expertise in micro satellite design. Space Kidz India has recently completed working on micro-sized space probes, one of which, Kalam Sat, was chosen by Cubes In Space and NASA to be tested in space on a NASA sponsored suborbital flight. 18-year-old Rifath Sharook led the Space Kidz team that designed Kalam Sat, widely claimed to be the world’s lightest satellite. Kalam Sat was launched in June 2017 by NASA on a Terrier Orion sounding rocket. These students are truly a brilliant group of young scientists and engineers. India should be proud of Space Kidz’ exceptional talents. We are honoured to have them on the Synergy Moon team and know that Space Kidz India will inspire children from all over the world. Their youthful energy and fresh enthusiasm has rejuvenated all of us for this final leg of the competition! Synergy Moon are working with Space Kidz India to finalise the design, software and hardware for a Lander and Rover. For funding, Synergy Moon and Dr. Srimathy Kesan, Founder, CEO Space Kidz India, are reaching out to companies like Reliance Industries, Mahindra and Mahindra, and other giant corporate houses of India. The developing space industry offers a new frontier of business and marketing opportunities.

What does being involved in GLXP really mean to Synergy Moon? What will this initial mission mean for the future?

This is our first opportunity to get involved in the New Space industry in a way that allowed us to progress slowly, to work with a lot of like-minded people, to get coaching and special seminars arranged by the GLXP staff with aerospace professionals from NASA and private industry. The outreach requirements galvanized us to create programmes and participate in events and festivals, which allowed us to pursue some of the original HSP goals of teaching and spreading the use of sustainable technologies where they are most needed around the world, and to participate in the education of the ‘Space Generation’, those kids growing up now who are the future, like Space Kids India.

How do you envisage humanity utilising the moon in the near and medium term. What are your hopes and fears?

The Moon in the near term is our best possible orbiting space station, with resources and gravity (but not too much for getting back into space) to become in the medium term our first real space habitat, a home away from the Earth, and a port for people going from Earth to anywhere in space for research, exploration, development, and settlement. 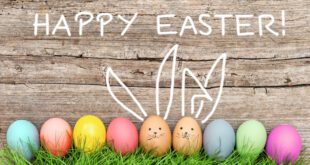 The year did not exactly start the way we expected it to and it brought hardship to many, on many different levels. We would like to thank You, our Readers, Listeners, Followers, our Friends and Supporters for staying with us during these challenging times, placing your trust in us. We would also like to thank our existing and new partners as well for their support, feedback and interest.