#SpaceWatchGL Op’Ed: India Destroys Its Own Satellite With A Test Missile, Still Says Space Is For Peace 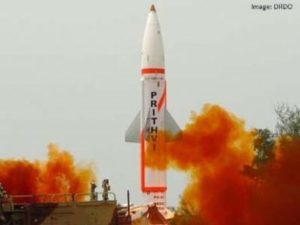 On March 27, India announced it had successfully conducted an anti-satellite (ASAT) missile test, called “Mission Shakti”. After the United States, Russia and China, India is now the fourth country in the world to have demonstrated this capability.

The destroyed satellite was one of India’s own. But the test has caused concerns about the space debris generated, which potentially threatens the operation of functional satellites.

There are also political and legal implications. The test’s success may be a plus for Prime Minister Narendra Modi, who is now trying to win his second term in the upcoming election.

But the test can be viewed as a loss for global security, as nations and regulatory bodies struggle to maintain a view of space as a neutral and conflict-free arena in the face of escalating technological capabilities.

According to the official press release, India destroyed its own satellite by using technology known as “kinetic kill”. This particular technology is usually termed as “hit-to-kill”.

A kinetic kill missile is not equipped with an explosive warhead. Simply put, what India did was to launch the missile, hit the target satellite and destroy it with energy purely generated by the high speed of the missile interceptor. This technology is only one of many with ASAT capabilities, and is the one used by China in its 2007 ASAT test.

Since the first satellite was launched in 1957 (the Soviet Union’s Sputnik), space has become – and will continue to be – a frontier where big powers enhance their presence by launching and operating their own satellites.

There are currently 1,957 satellites orbiting Earth. They provide crucial economic, civil and scientific benefits to the world, from generating income to a wide range of services such as navigation, communication, weather forecasts and disaster relief.

The tricky thing about satellites is that they can also be used for military and national security purposes, while still serving the civil end: one good example is GPS.

So it’s not surprising big powers are keen to develop their ASAT capabilities. The name of India’s test, Shakti, means “power, strength, capability” in Hindi.

A direct consequence of ASAT is that it creates space debris when the original satellite breaks apart. Space debris consists of pieces of non-functional spacecraft, and can vary in size from tiny paint flecks to an entire “dead” satellite. Space debris orbits from hundreds to thousands of kilometres above Earth.

The presence of space debris increases the likelihood of operational satellites being damaged.

Although India downplayed the potential for danger by arguing that its test was conducted in the lower atmosphere, this perhaps did not take into account the creation of pieces smaller than 5-10 cm in diameter.

In addition, given the potential self-sustaining nature of space debris, it’s possible the amount of space debris caused by India’s ASAT will actually increase due to the collision.

Aside from the quantity, the speed of space debris is another worrying factor. Space junk can travel at up to 10km per second in lower Earth orbit (where India intercepted its satellite), so even very small particles pose a realistic threat to space missions such as human spaceflight and robotic refuelling missions.

As we’re seeing clearly now in social media, when technology moves fast the law can struggle to keep up, and this leads to regulatory absence. This is also true of international space law.

These were written when there were only a handful of spacefaring nations, and space technologies were not as sophisticated as they are now.

Although these treaties are binding legal documents, they leave many of today’s issues unregulated. For example, in terms of military space activities, the Outer Space Treaty only prohibits the deployment of weapons of mass destruction in space, not conventional weapons (including ballistic missiles, like the one used by India in Mission Shakti).

In addition, the treaty endorses that outer space shall be used exclusively for peaceful purposes. However, the issue is how to interpret the term “peaceful purposes”. India claimed, after its ASAT test:

we have always maintained that space must be used only for peaceful purposes.

When terms such as “peaceful” seem to be open to interpretation, it’s time to update laws and regulations that govern how we use space.

Several international efforts aim to address the issues posed by new scenarios in space, including the development of military space technologies.

For example, McGill University in Canada has led the MILAMOS project, with the hope of clarifying the fundamental rules applicable to the military use of outer space.

A similar initiative, the Woomera Manual, has been undertaken by Adelaide Law School in Australia.

Though commendable, both projects will lead to publications of “soft laws”, which will have no legally binding force on governments.

The UN needs to work much harder to attend to space security issues – the Disarmament Commission and Committee on the Peaceful Uses of Outer Space can be encouraged to collaborate on the issues regarding space weapons.

It is in everyone’s best interests to keep space safe and peaceful.

This article is republished from The Conversation under a Creative Commons license. Read the original article.