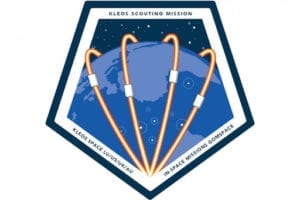 The mission team completed the preparation of the four smallsats for a launch on board a Polar Satellite Launch Vehicle (PSLV) on 7 November, Kleos said.

The Scouting Mission satellites will launch into a 37-degree inclination, collecting data over crucial areas of interest of the Earth such as Strait of Hormuz, South China Sea, East/West Africa, Southern Sea of Japan, northern Australian coast e.g. the Timor Sea, Kleos said.

The Scouting Mission satellites were built by GomSpace in Denmark with the team supported by In-Space Missions in the UK.

Kleos uses its satellites to deliver a global picture of hidden maritime activity to enhance intelligence capabilities when traditional sources are compromised by weather, distance or sea-state, the company says on its website.

#SpaceWatchGL Opinion: My 2020 in a review – by Guy Thomas