Monday 10th August 2020 saw the commencement of the first event in the Space Law Games, an event focusing on a fictional rendezvous and proximity operation (RPO) for a mission extension occurring in Geostationary orbit. The Space Law Games is a collaborative endeavor examining the legal problem facing the space community in respect of establishing ‘fault’ in on-orbit RPO missions with respect to the developing discussion for Space Traffic Management. Under international space law, liability for any damage caused in space by one space object on another is assigned to the launching state on a fault basis (1).

By ‘wargaming’ the circumstances leading up to a debris generating event and establishing the types of data that will be available, the Games will highlight individual satellite operator responsibility before, during and after a debris-creation event. This data will provide space law and policy experts a direct link to work with satellite operators to fill the investigative void and start understanding how fault can be established for RPOs.

The Space Law Games is a unique fusion of commercial expertise, regulatory input, space surveillance and tracking practitioner insight and academic rigour. This will provide a better understanding of the contours of decision-making and an understanding of how fault can be established in the event of a significant on-orbit debris creation event.

The planning of the Space Law Games has been under way since the Global Space Traffic Management Workshop in Edinburgh in August 2019 spearheaded by a collaboration between Ralph ‘Dinz’ Dinsley, founder of Northern Space & Security Ltd and Professor Christopher J. Newman of Northumbria Law School at Northumbria University in the UK (2).

Since then, a number of workshops and consultations with commercial operators, state-regulators and insurers had seen a refinement of the GEO scenario. The focus on making the scenario as realistic as possible was accompanied by considerable methodological development to ensure that any findings would have a sound conceptual basis.

This first GEO game was originally intended to be a face-to-face event. The onset of the COVID-19 pandemic has necessitated the switch to an online medium, however this switch allowed a number of individuals to attend, giving the Games a genuinely international component. Although the format was changed to accommodate the pandemic, the fundamental precepts of the Games remained unaltered.

The technical aspect of the GEO game comprised 3 events, running over consecutive days. Each event was made up of 3 distinct timed phases. Participants were allocated into one of four teams. Each phase was a specific part of a fictitious RPO operation and teams made requests for data, outlined specific decisions and responded to the occurrence of pre-determined events.

The first event focused on the mission preliminaries, such as the mission design, and, discussions and agreements that parties might arrive at before the launch. The second event examined the decisions made at each point as the developing mission was executed from on orbit inspection through to a seemingly successful mission extension of an ageing satellite.

The groups looked at a range of factors that would be considered in the approach, inspection and commitment of the servicing mission prior to the successful completion of the mission extension. The third and final event examined an incident one month after the successful completion of the MEV mission. The loss of contact with the newly extended satellite as well as a nearby third-party satellite saw the teams outlining the steps that would be taken by each part of the space industry to deal with the incident.

Throughout each of the events over three days, a number of satellite operators, insurers, military and civilian space situational awareness personnel and regulators worked in teams discussing these problems. They provided a diverse selection of stakeholders and the discussions provided a significant amount of insight and data, which is currently being analysed.

The early indications are that the establishment of fault, that could be attached to a party in legal proceedings and to a forensic level is going to be an extremely challenging exercise. There is not only ambiguity about the sources of data to enable this to occur but also the processes that need to exist in order to manage a significant debris creation event.

This GEO Event provided the technical input to the overall Space Law Games. It established a credible series of decisions leading to a debris creating event in GEO with potentially catastrophic consequences, in essence creating our celestial crime scene. The Games are not attempting to intrude into predicting those consequences.

Through the combined methodologies of Military Wargaming and ‘Mooting’, the Games will use the data here to conduct a forensic investigation into the debris event, seeking to establish fault to a standard that would satisfy a legal tribunal. The findings of this investigation will then be tested within a legal moot.

From these twin simulations, with their differing methodologies, there will be a number of outputs, both academic and generalist in focus. We are eager to engage with any stakeholders who might want to become involved in the Games as they evolved. The Space Law Games website, curated by PhD student Mert Evirgen, will continue to provide the latest information and developments as the games evolve (3).

The Games will promote the findings, stimulate discussion, and look to inform the creation of law and policy and to support the informed development of Space Traffic Management. Perhaps most significantly, the Space Law Games will serve to highlight the current technological gaps that exist in space surveillance and tracking. This in turn will clearly identify roles and responsibilities of space actors in avoiding collision events and highlight deficiencies and difficulties in the gathering of evidence. The journey of the Space Law Games is underway. 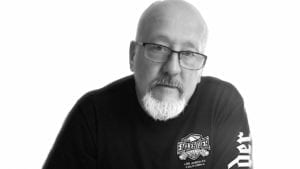 Ralph “Dinz” Dinsley is  the founder and Executive Director of Northern Space and Security Limited (NORSS), an SSA company based in Northumberland, England.  A retired RAF Officer with more than 33 years of service he was an “Air Defender” by choice and “Space Surveillance and Tracking Practitioner” by chance.  Since retirement Dinz has taken NORSS from a consultancy project to providing unparalleled UK SST expertise supporting government, industry and academic space operations.  In partnership with Northumbria University, NORSS is exploring the influence of Space Law on developments for STM through the Space Law Games. 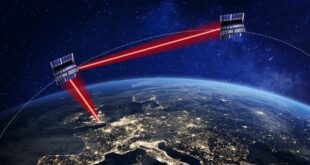 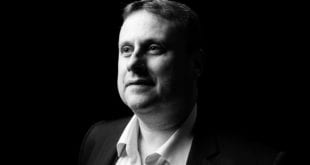