The international community has struggled for a number of years with the issue of how to govern a human settlement on the Moon and deal with the management of any resources. Previous attempts have been through painstakingly negotiated international treaties. The Outer Space Treaty 1967[1] laid down the foundational principles for human space exploration but has little in the way of detail. The Moon Agreement of 1979[2] attempted to deal explicitly with exploration and resource utilization, but only a small number of States have ratified it and the US, China and Russia have refused to sign up.

With the US pursuing the Artemis Program and providing a long-term vision of returning to the Moon, the question of how States will behave in exploring the Moon and utilising its resources has come to a head. The signing of the Artemis Accords[3] represents a significant political attempt to codify key principles of space law and apply them to the US Artemis lunar exploration program. The Accords, which are bilateral agreements and not instruments of international law, could still have a significant influence on any subsequent governance framework on the Moon by establishing State practice in this area. The Accords may be providing an intriguing glimpse of the future governance of human settlements on Mars and beyond.

The seven partners who have agreed to the Accords with the US are natural collaborators on the Artemis Program. They are also nations who will have little difficulty in adhering to the stated principles of the Accords. Japan is keen to engage in the lunar exploration program[4]; Luxembourg has dedicated legislation allowing for space mining and have also signed an additional collaborative agreement with the US[5] so they are logical partners.

The UAE and Australia are both actively establishing collaborative links with the broader space community, so this represents a perfect opportunity for them to build up capacity. Italy, the UK and Canada all have ambitions to develop their space manufacturing industries and, as with all partners, will see this as a chance to grow their space economies.

The contents of the Accords are relatively uncontentious. Throughout the Accords there is reference to the existing Outer Space Treaty framework and are tied closely to existing norms of space law. As such, the Accords appear deliberately designed to reassure the international community that this is not instruction on how to behave from a hegemonic power. There is an explicit statement that the mining of space resources is in accordance with international law. This follows on from the passing of the Space Act 2015[6], which put the right to use and trade space resources into American domestic law. Section 10(4) of Accords also commits to ongoing discussions at the UN Committee on the Peaceful Uses of Outer Space as to how the legal framework will develop. Safety in space operations, interoperability and transparency all further reinforce the commitment to developing the Moon for peaceful purposes. This is a crucial element of the Outer Space Treaty and it will reassure many to see this carried on through the Accords.

If the substance is reassuring, promotion of the Accords by the US outside of the ‘normal’ channels of international space law, such as the UN Committee on the Peaceful Uses of Outer Space, will be a cause of consternation for some States. Acting outside of that framework will see some nations accuse the US of trying to impose their own quasi-legal rules and leverage partnership agreements (and lucrative financial contracts) to enforce their own desired governance framework. Russia has already stated that the Artemis Program is too ‘US-centric’ for it to be a party in its present form[7]. The US congressional prohibition on collaboration with China[8] also explains their absence.

Concerns that this is a power grab by the US and its allies are fueled by the lack of any African or South American countries amongst the founding partner States. The recent overtures to Brazil could well see them become the ninth State sign the Accords. Following the high-profile launch at the virtual International Astronautical Congress 2020[9], sustained diplomatic efforts are being pursued to demonstrate the benefit of the Accords and bring more States into the fold. Brazil will sign on and others will doubtless follow.

Nonetheless, the absence of Germany, France and India is significant. These are countries with well-developed space programmes that would surely have benefited from being involved in Project Artemis. Their hesitancy may be down to a preference for the Moon Agreement and a desire to see a properly negotiated treaty governing lunar exploration through the UN. Equally, it may simply be a desire to wait and see how much traction the Accords get internationally before committing to them.

The European Space Agency (ESA) as an organisation has not signed on to the accords either, but a number of ESA member states have. This is unsurprising and the nature of the Accords means the focus is on attracting individual governments. Additionally, the ambitious US deadline for the project will clash with the lengthy consultation of the 17 member states required for the ESA to sign on as a whole.

Ultimately, the Artemis Accords are revolutionary in the field of space exploration and represent both a revolution in space governance whilst using evolving norms of behaviour. Employing bilateral agreements that dictate norms of behaviour as a condition of involvement in a programme is a significant change in space governance. With Russia and China opposing them, the accords are sure to meet diplomatic resistance and their very existence may provoke antagonism in traditional UN forums.

Questions also remain about the impact that the looming US election and the COVID-19 pandemic will have on the programme. We already know that President Trump is keen to see astronauts on the Moon by 2024[10]. The approach of his Democratic rival, Joe Biden, is a lot less clear. He may well be less wedded to the 2024 deadline and instead aim for broader diplomatic consensus on behaviour through engagement at the UN.

While broader international acceptance may be desirable, the US believes that the lure of the opportunities afforded by the Artemis Program will bring other partners on board soon enough. Space-active states now face a clear choice: miss out on being the first to use the resources of the Moon or accept the price of doing business and sign up to the Artemis Accords.

[1] The 1967 Treaty on Principles Governing the Activities of States in the Exploration and Use of Outer Space, including the Moon and Other Celestial Bodies (Herein referred to as the Outer Space Treaty or OST) was adopted by the General Assembly of the UN on 19 December 1966 by virtue of Resolution 2222 (XXI). It was opened for signature on 27 January 1967 and entered into force on 10 October 1967. It can be found here:

[2] Agreement Governing the Activities of States on the Moon and other Celestial Bodies, UN Doc. A/34/664. New York (UN) 5 December 1979. Both the OST and Moon Treaty are available at http://www.oosa.unvienna.org/pdf/publications/ST_SPACE_061Rev01E.pdf

[3] For full text of the Artemis Accords see: https://www.nasa.gov/specials/artemis-accords/img/Artemis-Accords-signed-13Oct2020.pdf

[8] For a discussion on this see Foust, J. “Defanging the Wolf Amendment” The Space Review 3 June 2019 https://www.thespacereview.com/article/3725/1 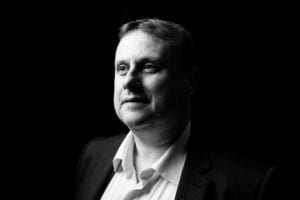 This article is adopted by Prof Newman from The Conversation under a Creative Commons license. Read the original article.