War games and other types of simulation can have varied levels of realism and can include political and social factors. They can demonstrate a variety of scenarios and give those involved a good idea of the way they should react. This puts people in a much stronger position if that situation were to arise in reality. The models used within the simulation are important and they determine the level of human involvement in the scenario in terms of decision making. Here, Prof Vasilis Zervos looks at simulation approaches for the space environment.

‘Greetings professor Falken, a strange game, the only winning move is not to play’

For those old enough to remember the cold war era, but also movies like the 1983 ‘War Games’ (where the quote comes from)whose scenario focuses on simulations within a complex cyber-space-thermonuclear strategic environment, the world feels relatively safer nowadays. War games and simulations are one –terrifying to many- side of the coin, but there is arguably a higher strategic level, one that encompasses weapons along with geopolitical and socio-economic framework.

In the space sector, education and training extensively utilizes simulation approaches both in technical areas through the use of software tools (concurrent design facilities, structural design, orbit software), but also in other disciplines, like law through Moot Court international competitions (Manfred Lachs) and others.

Business studies have also extensively used strategic games to simulate real-world environments and examine government-commercial market interactions. Such scenarios are by nature interdisciplinary and international with a notable application found during the International Space University’s (ISU) birth of the Executive MBA back in 2009 and the introduction of ‘emergency response strategic games’ that examined business scenarios focusing mostly on the satellite telecommunications operators market. This type of exercise has been repeated successfully outside the space community as part of ‘International Strategy’ courses of the Strasbourg University Business School (UniStra), but also at the Masters’ level of ISU since a few years ago during a two-week international negotiations and business elective under the Policy-Economics-Law and Business & Management curriculum lead.

Complementing this business-oriented strategic response simulation, a group of Masters students are spending about a week working on a negotiations simulation for an international Moon Base Treaty that frequently leads to a successful completion and signing (April 2016 picture). The simulation challenges of this two-week period are further complemented by a Request-For-Proposal negotiation exercise that simulates an agency-industry framework for a satellite programme contract. Changing negotiation ‘hats’ and positions of various nationalities is a challenge for the participants in this series of ‘games’ and simulations and provides some productive insights into strategy formation and comprehension of competitive environments. In addition, the variety of behaviour conducts from ‘speak softly and carry a big stick’ to Spartan-style approaches is quite an experience enhancement.

The philosophy of a multi-tier simulation experience (International Treaty; RFP business-agency; commercial business) aims at value-adding that is far reaching, offering food for thought and reflection for all those involved. That is intended to include overall the team supporting this intensive exercise comprised of an extensive gathering of industry/academia and government people.

The insight and support of colleagues like Philippe Achilleas (who leads the legal Treaty negotiations) and Andre Farand, but also industry experts like Bernd Madauss and Andrew Browne, to name just a few of the Elective team, is invaluable for the creation of knowledge and synergies.

An environment where in the safety of academic games, peripheral visions in business, socioeconomic and political environments are developed, may serve as a negotiations investment barrier to ‘war games’ options. 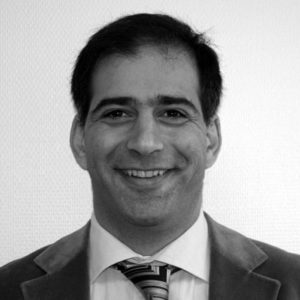 Prof Vasilis Zervos leads the ISU Masters elective on Space Negotiations and Business Development Strategies, as the head of Policy-Economics-Law and Business & Management, at ISU Strasbourg central campus. As an economist he holds the positions of associate professor in Economics and Policy at ISU and associate member of BETA at UniStra, France.