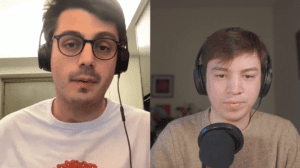 As part of the partnership between SpaceWatch.Global and Orbital Gateway Consulting we have been granted permission to publish selected articles and texts. We are pleased to present “Dongfang Hour China Aerospace News Roundup 12 April – 18 April 2021”.

Hello and welcome to another episode of the Dongfang Hour China Aero/Space News Roundup! A special shout-out to our friends at GoTaikonauts!, and at SpaceWatch.Global, both excellent sources of space industry news. In particular, we suggest checking out GoTaikonauts! long-form China reporting, as well as the Space Cafe series from SpaceWatch.Global. Without further ado, the news update from the week of 12 April – 18 April 2021.

This week we saw an article published by the S&T Daily on a CASIC institute completing a precooling technology validation test, which is an essential technology for spaceplane propulsion.

Before digging a little bit into this piece of news, let’s briefly go over what precooling technology is (and why it’s essential for spaceplanes):

According to the article, CASIC’s 3rd Academy’s 31st Institute, an institute specialized in aerospace propulsion, has been looking at precooling technology since June 2018. In past conferences, it has shown a technological roadmap where it shows the development of precooling technology over the early mid-2020s, and moving on to 15t and 30t combined-cycle engines which would power 2-stage spaceplane prototypes.

The latest test managed to cool air from 1000C down to -150C in 0.01 seconds, and  “with the largest scale and the largest airflow in China”. Undeniably a significant technical milestone for their “Yunlong” engine (which seems to be the name given to the engine).

Now there is still a lot more research and development to be done on this type of engine, which has no operational equivalent outside of China (although a lot of research on this type of air-breathing engine had been done in the 1960s and 1970s). The closest example to the Yunlong engine is probably REL’s Sabre engine, which is perhaps more advanced (it has been under development for a longer amount of time). But differences remain: the Sabre powers Skylon, an SSTO, while Yunlong is meant for a TSTO.

TSTO built by CASIC you say? That probably brings to mind CASIC’s Tengyun spaceplane project, which indeed is a TSTO spaceplane. It seems that Yunlong would be a suitable propulsion candidate. But Chinese space forums seem to disagree, saying that Tengyun’s propulsion is based on different technology. And indeed, it does seem that the Tengyun timeline does not match with the Yunlong: the first experimental flight is planned for 2025.

There isn’t much more we can say about Yunlong, it seems that Institute 31, as is often the case in China for this type of secretive technology, is keeping to itself.

I have to wonder whether the former Chairman of CASIC, Gao Hongwei, was a big fan of 2001: A Space Odyssey. Gao was Chairman of CASIC for most of the 2010s, and is known as the biggest proponent of CASIC’s commercial space initiatives. This is most apparent in the “Five Clouds” project, but is also visible in initiatives like the Yunlong, being conducted by a relatively obscure CASIC subsidiary that most space observers have not heard of.

To that extent, I do wonder 1) how much will the high-level support for space within CASIC continue now that Gao has been replaced by (as luck would have it), a former CASC executive, Yuan Jie, and 2) how much does high-level support still matter, given that commercial space has seemingly started growing quite rapidly and has a lot of government support. The last point would be that it seems Gao was prescient, insofar as he was right to realize in the early-mid 2010s that there was going to be a lot more interest in space, and so he started to emphasize these areas for CASIC.

Wu Weiren, the chief-designer of China’s lunar exploration program, was interviewed this week by the official space industry media China Space News, in which he announced that China was aiming for a “Double One Hundred” goal (双百目标).

To understand this, there are several points to discuss:

This is not actually big news in itself, we have known for a few years that the Chinese are planning to send two probes in the vicinity of the head and tail of the heliosphere. These probes are called the IHP, or “Interstellar Heliosphere Probe”, bearing a resemblance with the NASA Voyager probes.

Overall, after China’s focus on the Moon and more recently on Mars, we can expect it to launch some ambitious space exploration programs in the coming years: there are plans for a probe named “Gan De” to visit Jupiter and one of its moons, Callisto. And there is also an asteroid sample return mission called “Zheng He” which is also being studied, and would likely be launched in the coming year or two.

Small point to add, and not really related to the Double One Hundred Goal, but more China’s civil space sector more generally–this week, we saw an interview with Zhang Kejian, head of the CNSA, and Xinhua, where he apparently mentioned that space/aerospace would be sectors of emphasis during the 14th Five-Year Plan, and that CNSA was drawing up a plan for China’s civil space program during the 14th Five-Year Plan period. Areas of emphasis include the fourth phase of the lunar exploration program, interplanetary asteroid missions, heavy-lift rockets, and reusable space transportation systems. Zhang also referred to plans for building global comms, navigation, and EO constellations during the FYP. In short, it’s going to apparently be a very busy 5 years for the civil space sector in China, with a lot of technologically ambitious projects. This brings us to our last story of the week, which looks at technology ambitions of China that are, in some ways, more modest than interplanetary exploration–that is, aviation and aerospace.

This Friday, we saw SCMP publish an article about China’s aviation manufacturing capabilities, with the title telling you everything you need to know–”China’s Aviation Capabilities stuck at ‘low-end’ as military-civil fusion weighs on innovation”.

Quite a lot to unpack from this article. First, the SCMP article quotes a report written by the Development Research Center of Shanghai and published on ThePaper.cn, a website owned by the Shanghai Government. I had a decent dig through ThePaper.cn and could not find the report, however it is a massive website that publishes a prodigious amount of news, so it’s possible I simply could not find it.

Relying therefore on the SCMP summary, the report was apparently very frank about China’s weaknesses in the aviation and aerospace sectors. In particular, the report cited specific key technologies, such as engines, airborne equipment, and new composite materials. The report also cites China’s airworthiness certification abilities as being weak, and “cannot be fully recognized internationally in the short-term”.

The report brings up a handful of issues that we have highlighted on previous episodes of the Dongfang Hour. This includes emphasis on military-civil fusion, an overly large influence of SOEs on the development of innovation-driven sectors, and an “incomplete distribution mechanism” of shared risks and benefits.

These are some pretty intense points, insofar as they are calling out some pretty core elements of the Chinese economic development model. While having not read the whole report, the summary seems to indicate that the report was lobbying for a bit more local devolution of power, that is to say, the city of Shanghai has a lot of investment in the aerospace/aviation sectors already, and they would like to have more freedom of movement, economically speaking. This includes mention of “China’s aerospace and aviation industry chain needs to be scientifically deployed, continuously expand the proportion of localized supply at the core level, and take a solid step towards selective self-sufficiency”.

The report also cites some of Shanghai’s efforts in the space, including having invested RMB 200B to launch an industrial estate focused on aviation manufacturing, with plans for RMB 200B of economic activity by 2035. Again, my personal speculation, but if you ask me, this was a report commissioned by Shanghai, aiming at the high-level Chinese government officials and other people in power, and almost goading them into having more urgency about developing aviation/aerospace. As we have seen time and time again, one of the surest ways to encourage some action by the Chinese government is to make a correct observation that the west is still ahead of China in some area.

Ultimately, we will see how effective this is, but I would say it’s a brave and admirable strategy by Shanghai to be publishing a piece like this, telling it like it is to a certain extent, and prodding for more autonomy on certain economic and policy decisions.

I was also definitely surprised by the openness (or bluntness) of the statements in the report. The media and government officials generally praise the civil aviation programs of China, saying how China is now making its own indigenous aircraft.

Also agree if Blaine’s statement that this report probably targets more high ranking Chinese officials rather than the general public. As US export restrictions grow vis-a-vis China (including aerospace technology in recent months), China is undoubtedly looking to manufacture as much as possible civil aviation products end-to-end, and this is the sort of report that decision-makers need. Worth noting, this desire for autonomy in aircraft manufacturing is not linked to the Trump administration specifically: the aerospace industry was already one of the key industries in the Made in China 2025 plan.