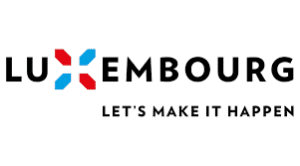 The Grand Duchy’s Parliament also rejected to set up a committee of inquiry looking into the preparation of the project and the significant increase in cost.

The satellite was ordered from OHB Italy in 2018 by the former Minister of Economy and Defense, Etienne Schneider, for a budget of 170 million Euros. That budget nearly doubled since, and Parliament now approved a total of 309 million Euros.

The opposition criticized a hastily and incomplete preparation of the project.

Luxembourg sees the investment in Luxeosys as a contribution to fulfill its NATO obligations, as it does with LuxGovSat, a defense and security satellite that the Grand Duchy launched in early 2018.

Share
Previous #SpaceWatchGL Opinion: The Case of PEGASUS
Next UK and Scotland to fund Ayrshire space center and launch site

#SpaceWatchGL Share: From Satellite Generations to a Continuous Evolution