The Global Satellite Coalition (GSC), a group of seven trade associations representing the global satellite eco-system, has welcomed the decisions taken at the ITU World Radiocommunication Conference 2019 (WRC-19), Sharm-el-Sheikh, which allow satellite services to continue to bridge digital, education, health and social divides and connect more and more citizens around the world.

At the start of WRC-19, the GSC called for a practical approach to address both the world’s unresolved communications challenges and the technological imperatives of the future. WRC-19 proved again the vigour and vitality of the satellite industry.  Not only was the satellite industry able to effectively contain the persistent encroachments on spectrum allocated to satellite services, but also achieved big wins in terms of added flexibility and new spectrum allocations.  The decisions of WRC-19 demonstrate that countries around the world recognise the important role that satellite communications plays in the development and growth of their economies and the provision of critical services to their citizens.

The GSC has praised the WRC-19 decision on Earth Stations in Motion (ESIM) in the Ka Band (28 GHz and 18 GHz bands) into which billions of dollars of investment have flowed over the last decade. The decision unmistakably answers the need for more flexibility in the use of existing spectrum allocations to address increased demand for connectivity for users on planes, ships and trains.

Of crucial importance to millions of satellite users at this Conference, was the decision to protect C-band downlinks in Africa and Asia using the 3.6 – 4.2 GHz range. Administrations in these regions can now be assured that their vital C-band services in this band will remain protected for years to come.

The GSC also praised the Conference decisions on defining a regulatory framework for non-geostationary (NGSO) satellites to operate in the Q/V bands, the new allocation of 1 GHz of spectrum for the fixed-satellite service (FSS) in the 51.4-52.4 GHz band for feeder links, and the decisions to make ample spectrum available to HAPS (High Altitude Platform Stations) and IMT, (International Mobile Telecommunications) which both acknowledge the need to protect incumbent services.

Furthermore, the continued innovation of the satellite industry has been recognised through much-welcomed new agenda items for WRC-23 concerning ESIM communicating with geostationary (GSO) satellite networks and NGSO satellite systems in Ku-band and Ka-band, respectively. Future conferences will also look at making additional spectrum available to accommodate the growing demand for fixed and mobile satellite services to enable broadband and 5G applications. WRC-23 will further study a number of issues including technical considerations related to space-to-space links, which will be important for global NGSO and hybrid NGSO-GSO networks. These decisions reveal that administrations are convinced that the future belongs to all technologies operating in concert to deliver on global connectivity challenges.

Appreciating the solid progress made, the satellite industry emerges from this Conference mindful of the important role of the ITU in organising the work of the next four years, to ensure, once again, that users throughout the world will continue to benefit from a plethora of satellite services. 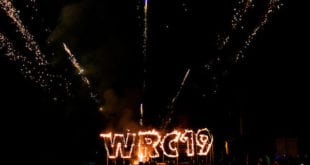 #SpaceWatchGL Column: ESPI Brief 37 – Rethinking the Assessment of the Value of Spectrum 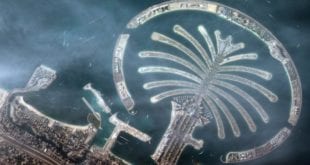