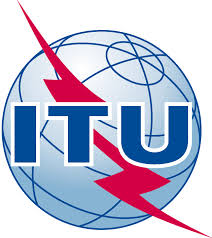 The agreement reached at WRC-19 establishes regulatory procedures for the deployment of NGSOs, including mega-constellations in low-Earth orbit.

Under the newly adopted regulatory regime, these systems will have to deploy 10% of their constellation within two years after the end of the current regulatory period for bringing into use, 50% within five years and complete the deployment within seven years.

The milestone-based approach will provide a regulatory mechanism to help ensure that the Master International Frequency Register reasonably reflects the actual deployment of such NGSO satellite systems in specific radio-frequency bands and services.

It also seeks to strike a balance between the prevention of radio-frequency spectrum warehousing, the proper functioning of coordination mechanisms, and the operational requirements related to the deployment of NGSO systems.

The agreement struck in Sharm el-Sheikh reflects the rapid pace of satellite innovation that is driving an increase in the deployment of non-GSO constellations.

Indeed, with the availability of launch vehicles capable of supporting multiple satellite launches, mega-constellations consisting of hundreds to thousands of spacecraft are becoming a popular solution for global telecommunications.

“Advances in satellite design, manufacturing and launch service capabilities have created new possibilities for high-bandwidth connectivity around the world,” said Mario Maniewicz, Director of the ITU Radiocommunication Bureau. “This landmark agreement at WRC-19 represents a technological milestone that will enable the deployment of next-generation communications while providing broadband Internet access to the most remote regions.”

While satellites in geostationary (GSO) orbit are aligned with the earth’s rotation at an elevation of 36,000 km, non-GSO satellites move across the sky during their orbit around the earth, in medium Earth-orbit (MEO) 8,000 – 20,000 km above the earth and in low-Earth orbit (LEO) at elevations between 400 and 2000 km.

The conference specifically called for further studies by ITU on tolerances for certain orbital characteristics of NGSO space stations of the fixed-satellite, mobile-satellite and broadcasting satellite services as well as for the possible development of post-milestone procedures.