Ibadan, 3 January 2023. – Two CubeSats are on a quest to provide insight into space weather disturbances and the subsequent impact on communication signals, according to the National Aeronautics and Space Administration (NASA). The CubeSats, the Plasma Enhancements in the Ionosphere-Thermosphere Satellite (petitSat), and Scintillation Prediction Observations Research Task (SPORT) arrived at the International Space Station on November 27, 2022. The satellites arrived as part of SpaceX’s 26th commercial resupply mission for NASA. Subsequently, both CubeSats deployed from the space station on December 29, 2022, at 8:55 a.m. EST.

Scientists on both missions are studying the ionosphere as the space weather around it strongly impacts earth’s technology. This is because the ionosphere houses many satellites, including the ISS. Furthermore, Radio waves and GPS signals travel through the ionosphere, and variations there can interfere with or even disrupt communication signals. Likewise, Space weather can also create electric currents that can induce electrical charge in orbiting satellites and, in extreme cases, cause power outages on the ground.

However, scientists do not yet understand exactly how plasma bubbles and blobs arise. As a result, petitSat and SPORT will use complementary scientific instruments to investigate the conditions that cause these disruptive features. “The idea is that the science teams will work together and cross-compare,” said Jeff Klenzing, the principal investigator of petitSat at NASA’s Goddard Space Flight Center in Greenbelt, Maryland.

SPORT has six instruments to make measurements throughout the ionosphere. It will help determine the conditions that exist just before plasma bubbles form and, ultimately, how their evolution impacts ground-based communications signals. In addition, SPORT will transmit data back to the Brazilian National Institute for Space Research (INPE), where the data will be distributed to researchers at INPE, NASA, and other U.S. partners.

In a complementary fashion, petitSat will work to determine what triggers plasma blobs, when they appear, or even how large a region they occupy. Both petitSat and SPORT will provide improved observations and insights into space weather phenomena that impact communications. 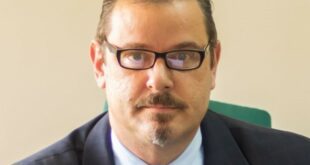 Register Today For Our Space Café Brazil On 19 August 2021