#SpaceWatchGL Share: China is using mythology and sci-fi to sell its space programme to the world

SpaceWatch.Global has been granted permission to publish selected articles and texts. This is “China is using mythology and sci-fi to sell its space programme to the world”, originally published 25 June 2021 at The Conversation by Molly Silk.

On the morning of June 17, China launched its long-awaited Shenzhou-12 spacecraft, carrying three Chinese astronauts – or taikonauts – towards the Tianhe core module. The module itself was launched at the end of April, forming part of the permanent Tiangong space station, which is planned to remain in orbit for the next ten years.

China’s construction of its own space station stems from the nation’s exclusion from the International Space Station, a result of US concerns over technology transfers that could enhance China’s military capabilities. Undeterred by this, China has forged ahead with its own space programmes and alliances. Since, the country has demonstrated that the Chinese “brand” of space technology is reputable and can hold its own in the international arena.

An impressive track record of remarkable space endeavours is not the only thing that distinguishes China’s space brand from other national players. The government and related organisations have made concerted efforts to establish a unique “Chinese space culture” alongside the country’s advances in space technology. While the target audience for many of these cultural creations remains domestic, China’s space ambitions are directed at global audiences in a variety of ways.

Perhaps the most obvious example of this is the naming of these programmes after China’s traditional roots.

The name Tiangong translates as “Heavenly Palace”. This was the residence of the deity who holds supreme authority over the universe in Chinese mythology, the Celestial Ruler. The name is particularly fitting for a Chinese space station, which acts as a home in the heavens for the country’s taikonauts. The meaning of Shenzhou, the missions that take taikonauts to space, is “Divine Vessel”, which is also a homophone for an ancient name for China, “Divine Land”.

China’s lunar exploration missions, meanwhile, are named after the legendary Moon goddess Chang’e. The tale goes that Chang’e flew from Earth to the Moon after stealing the elixir of immortality from her husband, Hou Yi.

According to Chinese mythology, Chang’e continues to live on the Moon with her rabbit companion, who spends its time pounding the elixir of immortality in a mortar for the goddess. The rabbit is known as Yutu, or “Jade Rabbit”. China’s two lunar rovers, the second of which became the first to land on the far side of the Moon in 2019, are named after it.

A key component of this lunar landing mission was Queqiao, a communication relay satellite. This was named after the myth of the “Magpie Bridge”, which joins the “Cowherd” and the “Weaver Girl” across the stretch of the Milky Way in a romantic folktale. The satellite acted as a vital bridge of communication between the Chang’e mission components and China’s mission control centre.

The linking of China’s traditional past to its forward-looking space activities serves to strengthen the identity of these space programmes as distinctly Chinese.

In connecting these achievements to the country’s cultural heritage, they are presented not as mere copies of their space power predecessors, but as having developed from national talents and progresses. They also serve as a reminder that while the programmes aim for the furthest reaches of space, China’s future will never be disconnected from its national and cultural roots.

Furthermore, these legendary names are a signal to the international community that space is not the exclusive domain of historical western figures such as Apollo or Artemis, but that it also belongs to the lineage of the Chinese people.

Over the last few years, multiple corporations based in China have released space-themed commercial products and promotional campaigns in conjunction with China’s official space organisations, from upmarket fashion brands to KFC. But perhaps the most notable promotion of China’s space ambitions is in films.

In 2019, the blockbuster sci-fi film The Wandering Earth was released. The film was well received, and was publicised by the state’s international media platforms as a must-see.

Director Frant Gwo has spoken about the importance of the message behind the film, claiming that China’s way of thinking about space is vastly different from US ideologies. According to Gwo, while the US dreams of eventually leaving the Earth to move to other planets, the Chinese space dream is to improve life on Earth through the use of space resources. The film promotes the idea that we mustn’t try to flee our planet, but instead, we must strive to protect it.

While most space-themed commercial products remain aimed at a domestic market, Chinese sci-fi is becoming increasingly popular abroad. Books such as The Three Body Problem by Liu Cixin, who wrote the short story which The Wandering Earth was adapted from, Folding Beijing by Hao Jingfang, which is also being adapted for the screen, and The Redemption of Time by Baoshu have all succeeded as translations.

Recognised by politicians as a potentially powerful tool for promoting state-approved narratives, government bodies have encouraged China’s sci-fi filmmakers to incorporate narratives that fit with the regime’s wider ideological and technological ambitions.

The fantasy aspect of sci-fi may explain why the genre is being internationally promoted first over other commercial products that feature imagery of actual Chinese space missions. Unlike China’s increasing capabilities in space, which are viewed as a threat by the US, the country’s fictional space developments pose no real-life risk. Able to incorporate the backdrop of a technologically powerful China into entertaining and compelling narratives, such stories allow foreign audiences to engage with the idea of China as a space power without the kind of political discourse that surrounds its real space activities.

Eventually, a foreign audience may begin to grow more comfortable with the notion of China as a technological world leader. And this, in turn, may cultivate an interest in the activities of the Chinese national space programme.

Molly Silk is currently based at the Alliance Manchester Business School working as a doctoral researcher in Science, Technology and Innovation Policy. Her research examines China’s space policy and the diplomatic efforts undertaken by agents of the national Chinese space programme, including cultural, communicative, and cooperative activities. Molly is also employed by the University of Central Lancashire as an Associate Lecturer in Asia Pacific Studies. Her research interests also include U.S.-China relations and technological competition, U.S and Chinese foreign policy and strategy, emerging technologies, the commercial space sector, and intelligence and defence.

The original can be found here – https://theconversation.com/china-is-using-mythology-and-sci-fi-to-sell-its-space-programme-to-the-world-162973 Rights reserved – this publication is reproduced with permissions. 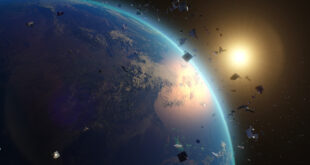 #SpaceWatchGL Share: Russia’s attack on its own satellite is reckless and endangers us all 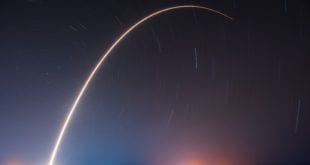 #SpaceWatchGL Share: ‘War in space’ would be a catastrophe. A return to rules-based cooperation is the only way to keep space peaceful 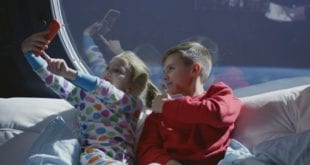