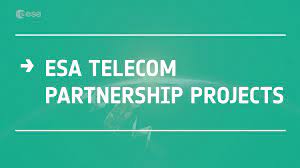 “Unlike existing satellites, which typically have individually customised payloads, these satellites are otherwise identical and are programmed by software for each specific mission – and can even be re-purposed once in orbit or moved to a new orbital position,” ESA said.

The satellites will operate in geostationary orbit (GEO), some 36 000 kilometres above Earth.

Airbus is currently manufacturing seven OneSats, a “commercial success” comparable to that of Eurostar Neo – another ESA-Airbus partnership project, of which eight satellites have been sold so far.

Both programmes are also supported by the French Space Agency (CNES) and the UK Space Agency.