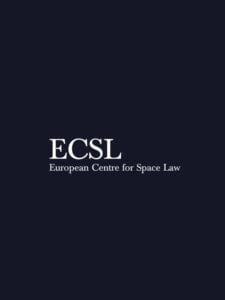 ECSL was established in 1989; it is, to a large extent, financed by ESA and headquartered in Paris.

Share
Previous Space Café Germany Recap: Dr. Walther Pelzer on a spaceport, micro-launchers, and the next German in space
Next #SpaceWatchGL Opinion: We say thank you to the women in the space industry