On July 4, NASA’s Transiting Exoplanet Survey Satellite (TESS) finished its primary mission, imaging about 75% of the starry sky as part of a two-year-long survey. In capturing this giant mosaic, TESS has found 66 new exoplanets, or worlds beyond our solar system, as well as nearly 2,100 candidates astronomers are working to confirm.

“TESS is producing a torrent of high-quality observations providing valuable data across a wide range of science topics,” said Patricia Boyd, the project scientist for TESS at NASA’s Goddard Space Flight Center in Greenbelt, Maryland. “As it enters its extended mission, TESS is already a roaring success.”

TESS monitors 24-by-96-degree strips of the sky called sectors for about a month using its four cameras. The mission spent its first year observing 13 sectors comprising the southern sky and then spent another year imaging the northern sky.

Now in its extended mission, TESS has turned around to resume surveying the south. In addition, the TESS team has introduced improvements to the way the satellite collects and processes data. Its cameras now capture a full image every 10 minutes, three times faster than during the primary mission. A new fast mode allows the brightness of thousands of stars to be measured every 20 seconds, along with the previous method of collecting these observations from tens of thousands of stars every two minutes. The faster measurements will allow TESS to better resolve brightness changes caused by stellar oscillations and to capture explosive flares from active stars in greater detail.

These changes will remain in place for the duration of the extended mission, which will be completed in September 2022. After spending a year imaging the southern sky, TESS will take another 15 months to collect additional observations in the north and to survey areas along the ecliptic – the plane of Earth’s orbit around the Sun – that the satellite has not yet imaged.

TESS looks for transits, the telltale dimming of a star caused when an orbiting planet passes in front of it from our point of view. Among the mission’s newest planetary discoveries are its first Earth-size world, named TOI 700 d, which is located in the habitable zone of its star, the range of distances where conditions could be just right to allow liquid water on the surface. TESS revealed a newly minted planet around the young star AU Microscopii and found a Neptune-size world orbiting two suns.

In addition to its planetary discoveries, TESS has observed the outburst of a comet in our solar system, as well as numerous exploding stars. The satellite discovered surprise eclipses in a well-known binary star system, solved a mystery about a class of pulsating stars, and explored a world experiencing star-modulated seasons. Even more remarkable, TESS watched as a black hole in a distant galaxy shredded a Sun-like star.

Missions like TESS help contribute to the field of astrobiology, the interdisciplinary research on the variables and conditions of distant worlds that could harbor life as we know it, and what form that life could take.

TESS is a NASA Astrophysics Explorer mission led and operated by MIT in Cambridge, Massachusetts, and managed by NASA’s Goddard Space Flight Center. Additional partners include Northrop Grumman, based in Falls Church, Virginia; NASA’s Ames Research Center in California’s Silicon Valley; the Harvard-Smithsonian Center for Astrophysics in Cambridge, Massachusetts; MIT’s Lincoln Laboratory; and the Space Telescope Science Institute in Baltimore. More than a dozen universities, research institutes, and observatories worldwide are participants in the mission.​ 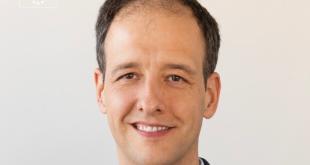