As orbital traffic continues to expand and flourish, on-orbit sustainability efforts must also evolve. On-Orbit Servicing (OOS) can renovate degrading space assets and advance space sustainability through in-space manufacturing, orbit modification, refurbishment, and resource replenishment. However, the very nature of and intricacy in conducting OOS operations can create the potential for national security threats. OOS is inherently dual-use, and through these technological achievements, a new arena for armed conflict is emerging.

Societal reliance on space-based applications is habitually overlooked and understated. Ensuring the sustainability of space is absolutely vital to human innovation and progress, and we often take for granted the numerous socio-economic benefits that satellite technologies provide us. However, the advancement of space technology, combined with streamlined access to space, has led to a crowded and competitive orbital environment.

Space as resource
Maintaining secure and sustainable access to, and use of, space is a fundamental principle established at the dawn of the space age. It is the duty of all space actors to preserve the space environment for the future of humanity, and yet space faces further contention as some space-faring nations continue to deploy and test anti-satellite (ASAT) technology.

Presently, ASAT technology exists that can destroy space assets from the Earth or directly from orbit. Terrestrial based ASAT warfare can involve kinetic weapons as well as electronic weapons that control and disrupt satellite communication. Orbital ASAT weapons are comprised of space-based systems that use high-power microwaves, chemical sprayers, lasers, or even robotics to immobilize a satellite.

Earth-based kinetic ASAT weapons are currently the most popular form of armed conflict in space, and also the most detrimental to the space environment. Deploying kinetic ASAT weapons will add exponential stress to Earth’s orbits, by creating debris that scatters in all directions upon impact. It is incredibly irresponsible for space actors to continue using this type of space warfare, but States do have the right to exercise self-defense. Of course, it can be argued that testing this technology is preemptive self-defense, but the sheer magnitude of danger that kinetic ASAT technology presents makes it a disproportionate use of force.

Humanity is now dependent on space technology, and when the principles of International Humanitarian Law (IHL) and International Human Rights Law (IHRL) are applied to Earth-based kinetic ASAT warfare, this technology quickly becomes an illegitimate use of force. In the presence of on-going armed conflict, IHL principles of distinction, proportionality, humanity, and military necessity must be considered before using force.

In this situation, varying conditions of specific use-cases will never pass all four IHL principles for a legitimate act of warfare. Factors such as the type of service the satellite provides, proximity to other space assets, and the unpredictability of debris creation, followed by subsequent collision with other assets can all be used to determine if kinetic ASAT use is lawful.

A Fragile Environment
Applying these standards can be difficult, as there is no formal definition of what is considered excessive harm or to what degree of force is actually necessary to achieve pre-conflict peace. However, no matter the circumstances, using kinetic ASAT technology will always fail to meet principles of humanity. Due to the space environment’s fragility, the possibility that the impact will create enough collateral damage to render space inoperable is far too great to constitute using this type of force.

In the absence of a warfighting agenda, for actions such as merely testing an ASAT weapon, IHRL principles of necessity and proportionality can be used to determine the legitimacy. IHRL are less permissive than IHL standards because they are applied to extraterritorial force during periods that are void of armed conflict.

Using the 2007 Chinese ASAT test as an example, was it necessary to destroy their own target satellite and create roughly 3,000 additional pieces of space debris? Probably not. Do other types of ASAT technology exist that can incapacitate the target without adding unnecessary stress to the space environment? Absolutely. Was there an immediate and unavoidable threat that was strong enough to justify this action as an anticipatory or precautionary act of self-defense? Maybe.

Perhaps China did feel threatened. These feelings of impending doom are exacerbated by the use of escalating language that creates a negative circulatory influence between major space actors. Again, States have the right to defend themselves, but the validity of an imminent attack is clouded by the use of threat rhetoric, and the perceptions produced thereof. Left unchecked, this language has the potential to ignite a new arms race, all under the guise of protecting national security.

While I’m not trying to promote the use of force or armed conflict, I’m realistic enough to know that humanity will most likely never be conflict-free. It’s completely natural to have opposing ideas, and that’s what makes us human. However, I do believe we can be smarter about the types of warfare we use.

A New Arena
To reiterate, the technological triumphs of OOS have established a new stage for warfare. Space-based ASAT technology could easily be disguised as an OOS mission to covertly deploy various orbital threats. In-space ASAT warfare using high-power microwaves, chemical sprayers, lasers, or even robotics has the capacity to disable entire satellite constellations. Still, these weapons must pass the gates of IHL and IHRL principles, but at least this type of warfare is less likely to create the dreaded chaotic and inoperable orbital environment that we should all fear.

States need to prepare for this warfighting arena, but not in the traditional sense in which States have prepared for conflict historically. Instead of creating fear by promoting threatening opinions and using that fear to justify testing or stockpiling weapons, renewed international discussion on space security measures should be the first step in accepting the existence of a new warfighting domain.

Space governance values that controlled space operations in the past may no longer align with modern technological capability. Previous diplomatic efforts to increase space security met opposition at every turn, but ignoring the need for an international space security discussion provides States with the opportunity to continue pushing moral and legal boundaries.

A Way Forward
By identifying the failures of past efforts to increase space security, we can begin to draw a path to optimistic advancement. Previous initiatives such as the International Code of Conduct (ICoC) and the Prevention of Placement of Weapons in Outer Space, the Threat or Use of Force Against Outer Space Objects (PPWT) can be used to lay the foundation for renewed discussion.

Conceivably, moving forward with the ICoC as a non-binding first step on the path to creating a binding legal instrument may thwart the opposition it received in 2015. Likewise, revisiting the PPWT with an open mind and including terrestrial-based ASAT limitations, conditions for anticipatory self-defense, and a treaty compliance surveillance system might help the effort gain acceptance.

Developing international standards is also an admirable starting point to foster discussion, as standards can provide a clear technological basis for responsible conduct. We can also adopt ideas from the United Nations Law of the Sea Convention. Issues that arose from early ocean usage are comparable to the problems the space domain is currently facing. Adding territorial zones around satellites could help establish a treaty obligation verification system that we’re currently lacking.

In an effort to achieve military dominance, we have lost sight of core space-conduct ideals and how imperative it is to warrant positive action towards the future sustainable use of outer space. Ultimately, evolution will continue to condone the rapid expansion of space-related activities, but we must not forget that the space environment is just as delicate as our terrestrial home base.

Angelica Gould is a Juris Master candidate studying Administrative Law and Governmental Relations at Florida State University. She is a recent graduate of the Commercial Space Operations degree at Embry-Riddle Aeronautical University where she specialized in Space Policy and Law. She also studied Russian Politics and Public Diplomacy at Moscow International University before interning with the Commercial Spaceflight Federation as well as her state Senator’s office in 2019. Angelica is most interested in space, cyber, and foreign defense policy and hopes to assume a role that bridges space and international relations. 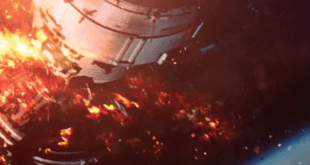 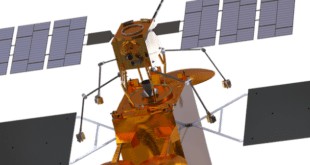 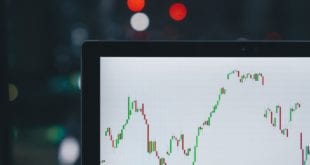 #SpaceWatchGL Opinion: Could The OneWeb Insolvency Have Ended Differently?