by Steven Freeland and Francois Lambert

Later this month, on 26 June, a flurry of companies will make their final bids to acquire OneWeb, Greg Wyler’s prised space start-up. The winning bidder could be a private company, perhaps backed by a major space power. Whoever is successful will have the opportunity to make a tremendous impact on the future ‘NewSpace’ model that is operating in a significant area of commercial competition – Low Earth Orbit (LEO).

While the Pentagon is not known to be in the business of resurrecting start-ups from Chapter 11 bankruptcy protection, the US Department of Defense (DoD) could be in the mix of parties interested in salvaging OneWeb. With the company in some disarray, there may be tactical merit to ensuring possible US adversaries – and even its friends – do not acquire control over its technology. However, the allure of space is appealing to bankers and venture capitalists who are also expected to back bids, raising the possibility that their foray into the space domain could complicate inherent geopolitical and tactical risks.

Government and private space is evolving. While the general public may not recognise the immediate implications and what it means for the future of space, lawyers remind us that, although space is a strategic location, it has also long been, and will continue to be, a significant area for cooperation, collaboration and, more recently, commercial opportunities.

Some more hawkish commentators have speculated that we might be moving towards the first galactic ‘skirmish’ in this increasingly important part of space. However, for now at least, LEO seems primed for more subtle geopolitical posturing and scrutiny under the guise of entrepreneurship and venture capital funding.

In 2018, the US Defense Advanced Research Projects Agency (DARPA) commenced its Blackjack program, a plan to reinforce the use of LEO constellations for global high-speed networks. The end goal? – to provide the DoD with highly connected, resilient, and persistent coverage to supplement its more costly and vulnerable assets in geosynchronous orbit. Piggy-backing on commercial sector advances in LEO by taking advantage of broadband internet service technologies like those proposed by OneWeb or SpaceX (Starlink) would complement and boost the DoD’s connection capabilities in, for example, the Arctic region, filling a critical terrestrial gap.

However, direct military involvement in commercial transactions can give rise to various problems. At the ‘micro’ level, Government procurement and expenditure protocols could delay the transaction and create burdensome complexities in its structuring. From a broader perspective, it could add further fuel to the ‘race’ for State actors, in addition to their ongoing indigenous development activities, to take control of strategic technologies in space, which could ratchet up even further existing geopolitical tensions, both on Earth and, ultimately, in orbit.

The Motivations of Private Industry

It is often not adequately recognised that the larger NewSpace commercial endeavours have been led by firms with deep pockets, who were not, in those initial and development phases, necessarily looking to make a profit.

These billionaires’ projects have opened the door to new entrants, and the space sector is becoming increasingly ‘democratised’, thanks also to lower costs arising from the miniaturisation of space technology, as well as the  availability of this private funding. But, at some point, even the billionaires must create revenue opportunities, find problems to solve and clients willing to pay.

LEO presents some of these opportunities, but it is not without considerable risk: increasing and potentially unsustainable space debris, space pollution and adversarial astrostrategy, to name a few. In the absence of a clear management regime – such as now exists for the use of radio frequency by satellites in the Geostationary Orbit – LEO could become a de facto scarce resource to be exploited and at risk of abuse and quasi-monopolisation.

But …. Beware the Financial risks

Tom Choi, executive chairman of Airspace Internet Exchange, said in a recent article: “If a project that raised close to $3 billion and was supported by one of the savviest and richest investors in the world cannot succeed, how will others?” Several analysts posited that OneWeb would have likely needed in excess of US$7.5 billion to deploy its constellation completely, way beyond the early estimates of US$1.5 billion.

Before filing for Chapter 11 bankruptcy protection, OneWeb was burning cash at a rate of ~US$100 million per month. Those numbers are massive, and they should scare you. Compare this to the European Union’s satellite navigation constellation project “GALILEO” at €10 billion for 23 much larger geostationary satellites, representing the largest European publicly funded (State-backed) sovereign technology project ever undertaken on the continent. The hurdles that Galileo had to overcome were remarkable in their scale and complexity. Keeping the project afloat and on track was a massive challenge.

OneWeb might be revived to complete its large-scale planned constellation, but insolvency could have had even greater consequences. If the COVID-19 crisis did not intervene as a final straw to bring down OneWeb, its failure at a later date may have potentially meant that a greater number of satellites could quite quickly become space debris. Space is hard and deserves to be approached with respect and humility. Investors must not simply be seduced by the potential benefits, but must also develop a clear understanding of its specificities, complexities, and risks, not to mention the overlaying geopolitical and strategic factors at play.

What will happen to OneWeb’s assets?

How will any State-backed involvement play out in this saga? We will know soon, and the outcome will usher in a new phase in the space age. Maybe, as Choi suggests, it’ll be an age where smarter space ideas lead to solving ambitious problems.  If current space powers intend to benefit from a healthy civil and commercial space industry, it’s in their collective interest to work from a starting base of common interest, notwithstanding the undoubted terrestrial geopolitical tensions that exist. Too much is at stake if certain ‘red lines’ of irresponsible behaviour are crossed. In the end, an appropriate regulatory framework is required so that exciting space projects can be successful, and the geopolitical risks are properly managed.

Francois Lambert is a Commercial Law 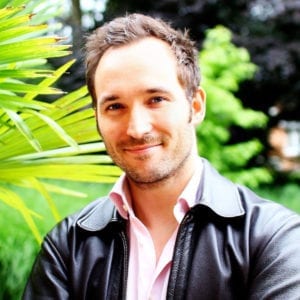 yer and a Special Advisor on Commercial Space Law at The Australian National University Institute for Space (ANU InSpace). He has served as Legal Counsel for organisations such as IBM and NETSCOUT, supporting the delivery of high-value technology deals within the complexity of the aerospace, defence, telecom, security, and IT industries. He also was Legal Lead at the GSA, the European agency in charge of satellite navigation and security operations, where he led major space-related procurement procedures for the European GALILEO and EGNOS programs. 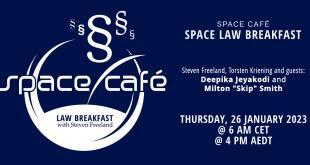