Israel’s Gilat and Brazil’s Hispamar have announced a partnership that will launch satellite-based broadband services throughout Brazil in order to expand Internet access and bridge the Digital Divide.

The plan, announced by both companies in an event held in São Paulo as part of the Futurecom fair, will offer a new high-quality satellite-based broadband connectivity service, focusing on both the residential and corporate markets, to extend Internet access to the parts of Brazil that are currently digitally isolated.

Its goal is to enhance the reach of Brazilian Internet service provider networks, thus making it easier for residents to access a high-quality service.

For this purpose, Hispamar will use the Ka-band capacity of its High Throughput Satellites (HTS) Amazonas-5 and Amazonas-3, which have coverage beams specifically designed for Brazil. The Ka-band allows the satellite’s power to be concentrated on smaller areas than traditional frequency bands. Together with the greater bandwidth availability and possibility to reuse frequencies  — which HTS technology allows — the amount of information that can be transmitted will directly increase, reaching higher speeds and achieving more competitive rates for clients.

The capacities in the Ka-band of Amazonas-3 and Amazonas-5 cover 74.5% of Brazil’s population, representing more than 145 million people and 48 million homes. The advanced technology of these satellites, complemented by Gilat’s high performance SkyEdge II-c platform installed in the Hispamar teleport in Caxias do Sul, allows Hispamar’s clients to offer complete connectivity solutions without the need to deploy additional ground-based infrastructure apart from a small terminal.

The technology presented by Hispamar and Gilat will provide a range of services including residential Internet access to Brazilian residents; connectivity services for telecommunications operators, as well as services to institutions and companies, for the development of corporate networks. Service will also be provided for government services and mobile backhaul to complement mobile networks, as well as service for terrestrial and aerial and maritime mobility services. This plan will also help to make access to telemedicine and tele-education services easier.

Hispamar is the Brazilian subsidiary of the Spanish satellite-based telecommunications operator Hispasat. 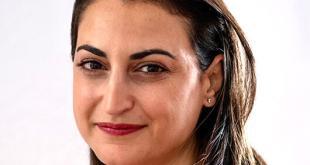