When it comes to focusing on the next generation of space pioneers, the Space Generation Advisory Council (SGAC) is making great progress. The organisation, which is based in Vienna, works tirelessly to promote space as a career to young people all over the world and from different backgrounds and countries at different stages of development. With a ready-made network of space industry leaders at their disposal, SGAC provides a voice, mentorship, support, opportunities and inspiration to its diverse Membership. Helen Jameson spoke to Clementine Decoopman, Executive Director of SGAC about what led her to a career in space, SGAC’s outreach programmes and the importance of nurturing the space talent of tomorrow.

Can you tell us about your background and how you find yourself working for SGAC? What led you to a career in space? 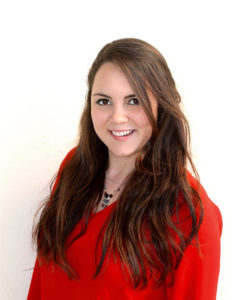 Yes. I am originally from France and I originally come from a marketing and international business background, so I am not technical or scientific. During my studies, I ended up working as an intern at Arianespace in Washington D.C. and I was involved in the many different events that Arianespace was participating in such as the Satellite Show and the Space Symposium. I was involved in the preparations and logistics behind these key events and I also worked a little on research topics. I worked for them for 6 months and I thoroughly enjoyed it. It was in this way that I had my first taste of the space community and it was all new to me but I realised that space was a fantastic career opportunity. It’s such an interesting topic. I had to learn about the space industry very quickly and I found this extremely interesting. At this time, Arianespace was working actively with SGAC and I got the opportunity to attend a couple of events with that the team were running. I thought it was fantastic to have an organisation that is focused on education and inspiring young people to enter space and I thought it was really different.

At these events, although not everyone was from a scientific background, I realised we all had something to bring to the table. SGAC place heavy emphasis on mentorship and the sharing of stories. I attended an event where speakers were invited from different companies and they talked at length about how they came to be in the space sector and what their interests were. They were sometimes telling very personal stories and I could see how important that was for an organisation like SGAC which is trying to inspire young people. It inspired me to get involved.

I finished my studies, completed my Masters and then I ended up looking for a job. I decided I wanted to work in the space sector as it had really piqued my interest especially as, during my Masters, I had continued to work with Arianespace. I was also very interested in education. I also love events, I love people and I love to connect them together. When the vacancy came up with SGAC I jumped at the opportunity and I got it.

Was coming from a non-scientific background a cause for concern for you?

The space industry is so dynamic. It is not so well known to the public, yet it crosses so many different sectors and it therefore creates a huge amount of opportunity.

At first I was a little nervous because I came from a different background, but now feel that this was for the best because I bring my own perspective to the organisation. I bring something different. I realised that there is a whole political side to the space industry as well and I really like that aspect. It’s diverse. I can bring something new and unbiased to the table.

Can you tell me a bit more about SGAC and the work it is engaged in?

What I liked from the beginning at SGAC was the mission. It’s all about inspiring people and it is very Member-centric. This organisation does everything around the members. The mission is really to inspire people and to encourage people from all around the world to pursue a career in the space sector. To me, it’s really amazing because you see the impact that this kind of technology has. When you talk to people about the impact that SGAC has had on their careers, their feedback is amazing. The problem is often that, when you are young, you have not yet been able to build up a network of contacts, of mentors and support in your chosen career. SGAC provides them with an instant network of like-minded individuals and space professionals to provide that support.

Sometimes, young people join us from developing countries which perhaps are not spacefaring nations, yet they still have an interest in space. It makes a real difference to their lives because we can connect them with people who share their passion and they can meet with them, work with them – perhaps with people from the other side of the world. They can meet with senior space professionals which is something that they otherwise would not be able to do easily.

Our network is one of our biggest strengths because it is made up of the Members and of senior space professionals and the whole objective is to pass the knowledge on. The message is that the young can become involved in the space sector and that there is a place here waiting for them. It’s all about mentorship and support. We learn about the challenges that young people face when trying to get into the space industry because sometimes it really isn’t easy. What I think is important is the fact that it involves everyone. From whatever background you are from, you can always gain something from SGAC and we always encourage everyone to get involved – to get scholarships, to find job opportunities. Every single day I see how SGAC helps different people with their research or their connections. You can see the impact directly and it’s very rewarding. When people get involved with SGAC they tend to stay involved. We are a very youthful organisation that ranges in age from 18 to 35 inclusively. But it doesn’t mean that after you go over 35 you have to leave! When you are older, you get to pass the message on to those who are just coming into the industry.

How many Members do you have?

We have more than 13,000 Members represented in 6 different regions and more than 110 countries. Recently, I got to meet someone from Bhutan and speak to them and advise them to become part of SGAC as there is not much going on in Bhutan on space. It was amazing!

Do you have regions that are more active than others and regions that where you would like to see more Members?

We are not really going after more Members but obviously a good chunk of the Members come from the U.S. and Europe where most space activity is focused and there is generally more space knowledge and companies and agencies engaged in space. We are also trying to look at other regions such as Asian, Africa and the Middle East which are actively growing in the network. We have done some events and workshops in those regions and we are speaking to people there. We have 2 representatives in each region and they are the ambassadors for SGAC who work with us to offer different activities, outreach and promote SGAC within their particular regions.

You have a close relationship with the UN. How does that work?

From the historical point of view, we were created in 1999 as a result of an International Space University event held at UNISPACE III because there was a need at the time to facilitate the involvement of the younger generation. So we have a close link with the UN. We have an Observer status and we regularly attend UNCOPUOS Sessions. Not only do we have an impact on our members but we also want to have an impact outside. So, we are giving a voice to our members, the UN, the wider industry, agencies and governments. We alert the UN to the activities we have carried out as and our Members’ recommendations and this gives young people have their chance to give opinions at a very high level. That’s a real opportunity.

There’s a lot of talk about a concern that there is a skills gap that will exist in the aerospace industry and that there is a lack of youth in the space sector. From your experience is this a real problem?

First of all, in terms of inspiring the next generation, I would say that space is already inspiring in itself. Kids are often inspired at a young age and want to find out more about space. In terms of inspiring the young generation, it takes time because you need to make them understand that they can have a role to play in the space sector of today. This is all a matter of giving them the chance to do it. That’s why we do what we do – because we want to give them the chance to do such things. There are also a lot of very good initiatives that we run such as workshops, giving young people the chance to meet with organisations or government delegations. There are plenty of STEM projects and communications projects in the sector and there is a big focus on capacity building from the UN which has grown as a result of the importance of involving the next generation. The thing is that we all must coordinate together so that we create a mechanism to coordinate these many activities. So collaboration and coordination are very important.  But the really important thing is to let them know that they have a chance to participate. These are the people that will become the senior space leaders of tomorrow and they have something to say now so it’s important to give them the platform to do that.

In terms of women we always say that they are not getting involved in STEM or in space as much as we’d like. Are you seeing that more women are becoming inspired to come into the industry?

I can definitely see that initiatives for women are growing. For example, there is the UN Group for Women and Women in Aerospace and other organisations. There is more of a focus on giving the same chances to women and to erase the clichés. As with inspiring the next generation, it requires a common effort to make sure we are all seeing things the same way. There are more activities focused upon women these days. It is also good to show that there are some women role models and that they have a very important role to play within the space sector. I once went a workshop in Graz where the retention of women in space was discussed and the response to it was amazing. There were so many incredible stories. We need to continue sharing stories. This is what inspires people. People have great stories to tell and the more we share them, the more this will inspire people – and women – to become involved. It’s all about communication.

SpaceWatch.Global thanks Clementine Decoopman of Space Generation Advisory Council for the interview.