Industry Editorial Board to Name “The Rising Five” New Space Companies on March 7, 2017 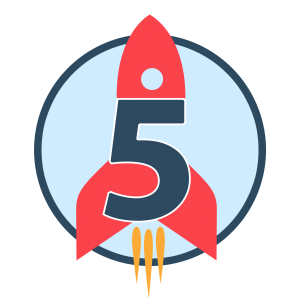 The Society of Satellite Professionals International (SSPI) announced today that its editorial advisory board will name “The Rising Five” new space companies at the Chairman’s Reception, the exclusive C-Level reception that opens the Society’s Hall of Fame Benefit Dinner on March 7 at the Washington Convention Center.

“The Rising Five represent the Society’s assessment of the progress made by innovative companies that are raising money, creating new technologies and pioneering new business models in this 60-year-old industry,” said SSPI Chairman Bryan McGuirk, chief commercial officer of Globecomm.  “With so many new entrants in the market, the question is always who has the right idea, the right financing and the staying power to overcome the hurdles facing any new business and to find sustainable success.  Our membership represents companies that know what it takes to succeed in one of the world’s most challenging technologies.”

Companies under consideration for The Rising Five include such launch providers as Nanoracks, SpaceX, Blue Origin, Virgin Galactic, Rocket Lab and Firefly Systems; earth observation companies from Terra Bella and Planet to Spire Global and Urthecast; communications operators including OneWeb, ViaSat, Boeing and LeoSat; and ground technology providers such as Kymeta Corp, Phasor and Spaceflight Industries.

The Chairman’s Reception is an invitation-only reception for C-Level executives of the satellite industry gathered in Washington DC for the SATELLITE 2017 conference and exhibition.  Together with a general reception for other attendees, it opens the Hall of Fame Benefit Dinner, where SSPI will induct four new members of its prestigious Satellite Hall of Fame, who will join members from Arthur C. Clarke and Harold Rosen to Rene Anselmo, Jean-Yves Le Gall, Mark Dankberg and Dave Thompson.  More information is at www.satellitehalloffame.com.