TheOracle program aims to demonstrate space situational awareness (SSA) and Position, Navigation and Timing (PNT) techniques. The demonstration will utilize technologies that are capable of detecting and tracking objects in cislunar space.

GA-EMS is planning to leverage its GA-500 standard satellite bus to build an optimized spacecraft for the Oracle program. GA-500 is a configurable, flight-proven ESPA-class (Evolved Secondary Payload Adapter) satellite. The spacecraft will be integrated with defense, aviation, information technology and biomedical research company, Leidos’ high-performance space optical payload. It will also feature a green propulsion system to fulfill the two-year mission demonstration. 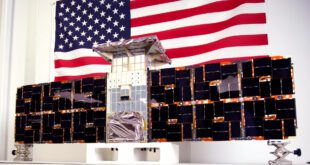