Our Space Café “33 minutes with Marco Ferrazzani – ESA Ministerial Meeting of 2022, the outcomes and the way forward” took place on Tuesday, 29th November.

Marco Ferrazzani is the Senior Legal Counsel and Head of the Legal Services department at the European Space Agency (ESA), based at its headquarters in Paris. He is an advisor to the ESA Director General and to the ESA Council. He sits on a number of boards including those of the European Centre for Space Law (ECSL) and the International Institute of Space Law (IISL).

Marco graduated from the University of Naples, Faculty of Law, where he specialised in and received the university prize for best doctoral thesis in international and comparative law. Before joining ESA, he was admitted to legal practice at the Bar in Italy and practiced law in the Milan office of one of the leading international commercial law firms.

Disclaimer: Torsten was talking to Marco in a private capacity, his answers are not representative os ESA.

Marco explains that a Ministerial Meeting literally means a meeting of the ministers of the Member States. It is a summit of European space, the place where decisions are taken for long term programs and for funding. The Ministerial Meeting of 2022 saw specific decisions made and also new programs proposed. Before the opening of the event, a trilateral statement was made, i.e. a political agreement of the ministers of Germany, France and Italy, about how to develop the future European launcher.

All in all, ESA managed to achieve a 17% budget increase compared to last year, which is a great success, he states. This includes funding for the mandatory program comprising activities and science. The option programs, however, are decided on a case by case basis and each of them is a multilateral agreement among States. During this Ministerial, all programs were adopted. Some are fully funded, while some are not, which means some program have to be modified to match the level of funding.

ESA is striving to be more transparent and therefore has broadcasted the meeting so that anyone could follow it live. The agency is also proposing more live debate in the future.

According to Marco, 2023 will be and exciting year full of challenges, trying to answer the fundamental question whether Europe really needs an autonomous human space program with its own launcher, capsule and astronauts.

Marco also explains that Iris2 will be a new EU service with strict requirements, guaranteed, encrypted and secure signals. The service will be new with the infrastructure depending on the proposals to come. The European Commission will review the technical proposals and will decide who to award the contract to. Meanwhile, ESA will develop parallel technologies and assist the Commission in evaluating the best technical solutions and the validity of the technological teams.

In the next 10 years, Marco thinks that ESA remain the central tool of the States for executing and assisting European programs such as the exploration of the Moon or intelligent systems around the Earth, Earth observation, telecommunication, robotic artificial intelligence, and many others.

“ESA has to demonstrate that Europe can have a competitive advantage to become a space power,” he said.

ESA also has a job to evolve in terms of industrial policy objectives and procurement procedures. The agency will have to involve all the participating States in business investments, including commercial investments, and address some fundamental issues and modalities of the European exploitation of launchers. 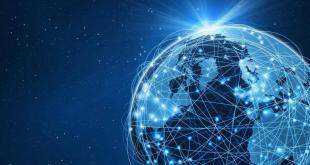