Edinburgh / Helsinki / Rome, 11 November 2022. – Satellite provider ReOrbit, has signed a contract with the European Space Agency’s (ESA) InCubed program to build the Muon product, a bundle which includes flight software together with avionics, to act as the backbone of the company’s spacecraft, ReOrbit said.

ReOrbit is aiming to launch a demonstration mission for the digital docking of two satellites allowing for reduced time-to-orbit and operational costs. The first phase of the “UKKO – Development and Demonstration of Technologies for Future Earth Observation Satellites” mission focuses on satellite performance.

Muon will enable customers to focus on the application rather than the underlying hardware layer connecting the application to the spacecraft. The payload-agnostic Muon can be integrated with any satellite, including ReOrbit’s Gluon satellite bus. According to the company, Muon will bring forth capabilities such as in-orbit connectivity, networking, satellite autonomy, high fault tolerance, and autonomous fault recovery,

Share
Previous GomSpace, HEMERIA and CS Group signs MoU
Next #SpaceWatchGL Opinion: The Cassini Hackathon at ISU and its Role in the Entrepreneurial Space Ecosystem 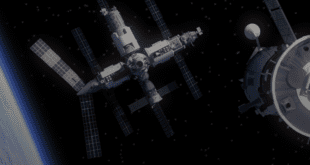