The pylon, comprising a mini-wing and adapter, will be used to carry and release the Talon-A hypersonic vehicles. It weighs over 3,600 kg and occupies 4 m of Roc’s 29-meter wingspan, allowing for safe vehicle release and launch. The structure’s winch system will load Talon-A vehicles onto the platform reducing the need for ground support.

TA-0 will not be powered in flight, however, its future versions will be rocket-powered, autonomous and reusable. They will be capable of carrying customizable payloads at speeds above Mach 5 (five times the speed of sound). TA-0 will undergo functional and integration testing, ending with a captive carry and vehicle flight, the company said. After the successful separation testing, the company will proceed to fly its first hypersonic test vehicle, TA-1. 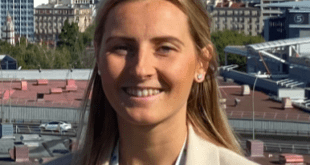