Our guest was Rodrigo Da Costa who took up his duties as Executive Director of newly formed the European Union Agency for the Space Programme (EUSPA), formerly the European GNSS Agency (GSA) on 16th October 2020. Before joining the GSA, he held several senior project management, business development, and institutional key account management positions in the space industry, in the areas of human space flight, exploration, launchers and R&D.

Da Costa starts by explaining what EUSPA is: a European Union agency for the space program, created about one year ago. He then continues by talking about Galileo whose key objective is to generalize its usage by having receivers on the market that can receive and process the Galileo signals. Today, there are more than 2.5, almost 3 billion receivers worldwide that can receive and process Galileo data 24/7 all around the planet. Most of these are personal receivers. Galileo is not only used in mobile phone navigation systems but for other transport domains such as rail, road transport, and maritime. Galileo is also used in agriculture, energy management and the finance sector. The next goal is about market share, making sure that people use Galileo in different domains.

Galileo is a global positioning system. Since 2018, certain brands of cars are equipped with Galileo as part of the automatic system whereby pressing one button makes an automatic emergency call. The position of the vehicle in case of an accident, for example, is transmitted to the authorities by using Galileo. It is an open, public regulated service, highly resilient and robust offered to the EU government and users authorized by the government. This service saves lives every day through beacons that are in boats.

Right now a high accuracy service is under development, which will increase the precision and accuracy of Galileo by a factor of 10. This free-of-charge service is currently undergoing a test phase.

“Galileo works in full autonomy from any other system, including of course, GPS.”

Da Costa says that Galileo and EGNOS are free to use so users can receive the open service of Galileo, they can use the search and rescue without any cost, governments and governmental authorized users can use the public regulated service without having to pay any service fee as well.

The availability and resilience of navigation of Galileo and also of EGNOS is extremely important according to Da Costa. To achieve this, the EU will continue deploying newer generations of satellites. As an agency, EUSPA is also mandated to take care of security accreditation of all program elements of the EU space program. This includes GOVSATCOM, it could include Copernicus, space, situational awareness, and any other element that is in the EU space program. The last element of security is operational security, which means day to day security engineering, setting requirements, and verifying them.

He then touches on the Green Deal and says it is the focus of activities concerning utilization. There is no precision agriculture without space for example. Earth observation lets us know where to water when to harvest when to plant, while positioning allows tractors to only dispose of pesticides on places where it is necessary rather than doing double passes. Efficient road transport, public transport, private transport and navigation in smart cities are also impossible without the use of such satellites. 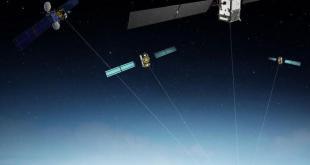 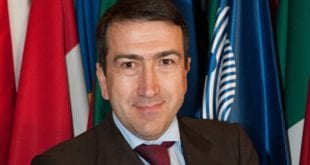