The constellation would initially provide broadband internet and communications services to residential consumers, government and business users in the United States, Puerto Rico and the U.S. Virgin Islands, the FCC said. Once full deployment of the 147-satellite system is complete, the constellation would provide high speed data access to consumers on a global basis

Boeing now has six years to launch half of the constellation, the FCC said. 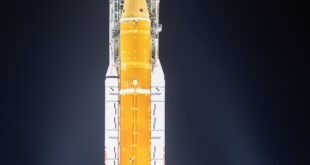