#SpaceWatchGL Share: FROM ORBIT TO SOIL: How Earth Observation Can Help Achieve the European Green Deal

SpaceWatch.Global has been granted permission by Planet to publish selected articles. This White Paper is “FROM ORBIT TO SOIL: How Earth Observation Can Help Achieve the European Green Deal” writtenby Dr. Agnieszka Lukaszczyk and for informational purposes only. All rights are reserved with © Planet 2021.

This White Paper shall provide context for the Space Café “33 minutes with Will Marshall”, Co-Founder and CEO of Planet on 25 May at 4 pm CEST – You can register for the event here.

As the EU aspires to lead climate mitigation in the face of global warming, it is critical that action be informed by reliable and accurate data. Thanks to unprecedented technological innovations, data now allows decision-makers to identify risks, tailor policy response and resource allocation, monitor progress and identify trends. Among them, satellite imagery continues to provide us with a unique understanding of the Earth, by leaving no feature of the planet unseen. With the threat of climate change continuing to endanger the livelihood of human beings and the biosphere, the European Commission must continue to encourage the use of space technologies and facilitate data access and distribution across sectors if it is to achieve the European Green Deal and protect the planet.

The European Commission demonstrated unprecedented leadership in December 2019 when it unveiled its flagship action plan to tackle climate change, the European Green Deal. Through this strategy, the European Union (EU) will aim to become the first resource-efficient and competitive economy without net emissions of greenhouse gases by 2050. In a time where the science behind climate change continues to be questioned, initiative and action like this are needed to protect our planet. Currently, almost three quarters of the Earth’s surface have been altered, the global population of wild species has fallen by 60% in the last forty years and one million of species are at risk of extinction. The severity of this biodiversity loss leads to food insecurity, malnutrition, and economic loss. Beyond the health of our natural ecosystems, the continued rise of global temperatures has caused new records in extreme weather events, from drought, floods and wildfires to earthquakes and tsunamis, endangering the livelihoods of entire populations.

The European Green Deal sets ambitious objectives to address this existential threat, including restoring degraded ecosystems at land and sea across Europe with the 2030 Biodiversity Strategy and reducing greenhouse gases emissions to zero by 2050 with the European Climate Law. In addition to regional action, part of the action plan is to increase the EU’s “green diplomacy” and demonstrate EU leadership in multilateral fora to increase collective effort and reach the objectives of the Paris Agreement and the United Nations Sustainable Development Goals (UN SDGs).

Ambitious action plans like the European Green Deal require an abundance of resources, including viable data. Data allows governments to identify risks, tailor policy response and resource allocation, monitor progress and identify trends. However, serious data gaps remain in the global fight against climate change. For example, the UN SDGs 2020 Report found that the lack of country-level data, significant time lags, and the lack of data analytics tools prevent the effective assessment of country-level progress towards the SDGs. While some consequences of climate change are irreversible, data gaps and analytics deficits can easily be addressed.

While climate change presents the greatest threat to humanity, there is an arsenal of tools to be leveraged allowing us to fight it. The green transition must be complemented by the continued use and improvement of modern technologies. Space technologies, for example, can be used to monitor climate change, help with governments’ response to climate change, and track the progress of that response. Satellite instruments can precisely measure global sea levels, and track the presence of carbon dioxide, methane and other greenhouse gases. Optical satellites can monitor extreme weather events by observing sea surface temperatures, wind speed and sea levels. Radar imagery and altimetry monitoring sea ice, polar ice caps, ice sheets and glaciers have told us that polar ice caps in Greenland and Antarctica are melting six times faster now than in 1990s.

Since satellites were first used for meteorology in the 1960s, the space sector has continued to innovate, surpassing its capabilities from one year to the next. The improvement of both optical and temporal resolutions of satellites has led to real time monitoring and better climate forecasting and modelling abilities. Beyond the space sector, satellite data can be used for research, such as training data for machine learning applications, and development, enabling the discoveries of new tools to fight climate change. For example, geospatial data will be a fundamental resource for Destination Earth (DestinE), the European Commission project to develop a very high precision digital model of the Earth to monitor and simulate natural and human activity. Among space technologies, Earth observation, also known as earth imaging, allows us to see every feature of the biosphere.

The Role of Earth Observation

All day every day, constellations of satellites rotate around the Earth taking pictures of the same areas to allow for monitoring over-time. The European Commission launched its Earth observation programme, in partnership with the European Space Agency, in 2014. The Copernicus Programme consists of earth observation satellites and in situ sensors such as ground stations, airborne sensors, and sea-borne sensors, supporting a range of applications from security, urban planning, transport to environment protection and climate change. Within industry, Planet operates the world’s largest constellation of Earth-imaging satellites, allowing it to line scan the planet to image the entire Earth daily. Earth observation is a key tool for the implementation of the European Green Deal as it sees everything from crop health to reef degradation. Indeed, satellite imagery can be leveraged across sectors and produce valuable and unique information that remains unseen from one’s feet on the ground.

Earth observation helps to track deforestation and illegal logging in real-time. High spatial and temporal resolutions are key for the European Commission to meet its reforestation objectives, down to each individual tree. They can help track land use and estimate carbon stocks, allowing policy-makers to develop climate policy uniquely tailored to the climate risks.

Daily images of the Earth facilitate the tracking of biodiversity loss and damage to our ecosystems. As the EU embarks on its climate mission, these images can provide useful insight to find a balance between the interests and needs of citizens and health of nature’s resources.

As soil degradation and desertification continue to progress in many parts of Europe, geospatial data can help monitor changes and understand the effectiveness of countermeasures. Beyond the land and onto the sea, data can track plastic waste, spillage and pollutants that threaten the reefs and livelihood of coastal species.

Real-time and precise urban and rural development monitoring can help policy-makers with the planning of transportation networks and assessment of public transportation access for inhabitants, in line with changing population growth rates and changing land consumptions rates.

With natural and man-made disasters continuing to threaten entire populations, earth observation data can help detect these disasters, tailor governments’ response, and assess the impact on ecosystems and infrastructure.

While there are no shortages of use cases of earth observation data, data collection,  without analysis, is meaningless. Geospatial data can only be leveraged if translated into meaningful and actionable insights. Machine learning retrieves the information from the image, ensuring smarter decision-making. It helps policy-makers identify which infrastructure survived a flood and which populated area is most at risk of food insecurity. Understanding the biosphere improves modelling and predictive capacities, and allows policy-makers to assess the impact and efficiency of environmental policy.

In a time where information is key, earth observation data drives better decision-making. It can tell policy-makers and researchers which populations are the most vulnerable, which species are the most threatened, which human activities cause the most, and the least, environmental harm. Not only, data can ensure commitments are met in each individual member state and hold decision-makers accountable and on a level playing field.

The European Green Deal and the problems faced by humanity and the planet demand immediate action, informed by high quality data. While the European Commission is already using geospatial data for climate policy as part of the Copernicus programme, higher spatial, temporal and spectral resolution are required to monitor in detail and across decades to better protect the planet. The European Commission can take additional steps to leverage the newest innovations in Earth imaging, data analytics and indexing. Private and public partnership are essential if we are to fight climate change and protect our ecosystems.

Research allows policy-makers and academics to better understand our ecosystems, identify the most pressing risks to our planet, and alternative solutions to reduce our environmental impact. The European Commission should encourage and make available geospatial data for climate research, not only at the EU-level, but across member states and neighbouring countries. An essential component of research is comparing findings across time. Private geospatial data companies have comprehensive archives of their data, for example, Planet’s archives dating back to 2009 are indexed and analysed, allowing for quick queries. Facilitating access to private archives for researchers will ensure findings are based on the most accurate data.

Across EU institutions, researchers and decisions-makers are looking to geospatial data to shape their policy initiatives. However, existing procurement methods in the European Commission have led to double spending and ineffective use of data. To achieve the European Green Deal, the European Commission should consider centralising space data procurement, allowing for agencies and departments to search for satellite imagery based on individual requirements Thanks to modern indexing and analytics capabilities, searching for data can be as simple as looking for a recipe.

In addition to helping policy-makers and researchers, thousands of applications and services have been developed based on Earth observation data. Indeed, Copernicus ensures more than 10% of the income of European downstream companies that use its free and open Earth observation data. However, despite its capabilities, Copernicus data is less precise, frequent, and lower resolution than private sector offerings. The European Commission should continue to encourage the use of satellite imagery for tomorrow’s inventors by facilitating access to and distribution of private data archives.

Dr. Agnieszka Lukaszczyk is a Senior Director for European Affairs at Planet. A Polish/American national, has worked at the European Commission, Directorate General for Internal Market, Industry, Entrepreneurship and SMEs, Space Data for Societal Challenges and Growth Unit. She also worked at the Directorate General for Enterprise and Industry, Space Policy and Research Unit. Before she joined the Commission, Agnieszka was the Brussels Office Director for the Secure World Foundation. In addition, she is the former Chairperson and the former Executive Director of the Space Generation Advisory Council in Support of the United Nations Programme on Space Applications. Agnieszka also worked at the European Space Policy Institute as a research fellow. Agnieszka serves as the Vice President – Europe for the World Space Week And Sits on the Board Of Directors for the Women in Aerospace-Europe. She obtained a PhD in Space Security at the Polish Univeristy of War Studies. She also holds a Master’s degree from the Warsaw School of Economics in Management of Space in New Economies and a Master’s degree from the American University School of International Service in International Politics plus a Bachelor degree in Political Science from the University of Tennessee. She also studied at the Universite Catholique de Louvain in Brussels, Belgium; the Jagiellonian University in Krakow, Poland and the World Trade Institute in Berne, Switzerland. She gained professional experience at the Political Section of the Polish Embassy in Washington DC, American Electronics Association in Brussels, European Department of the Polish Senate in Warsaw and the Warsaw Business Journal. 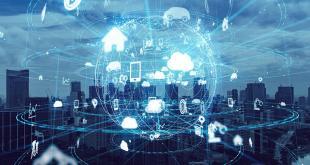