Luxembourg, 4 May 2021. – The European Space Agency (ESA) is building a deep space dish in Australia and an asteroid telescope in South America.

In Chile, ESA started to operate a test telescope to support its planned Flyeye network and detect asteroids and near-Earth objects that pose a risk for the planet, the agency also said.

ESA’s second telescope of that kind is hosted at the European Southern Observatory’s (ESO) La Silla Observatory in Chile, the agency said, and complements an identical telescope in Cebreros, Spain, not far from Madrid.

Flyeye is an automated telescope to make nightly sky surveys, ESA says, the first in a future network that completely scans the sky and automatically identifies possible new near-Earth objects. 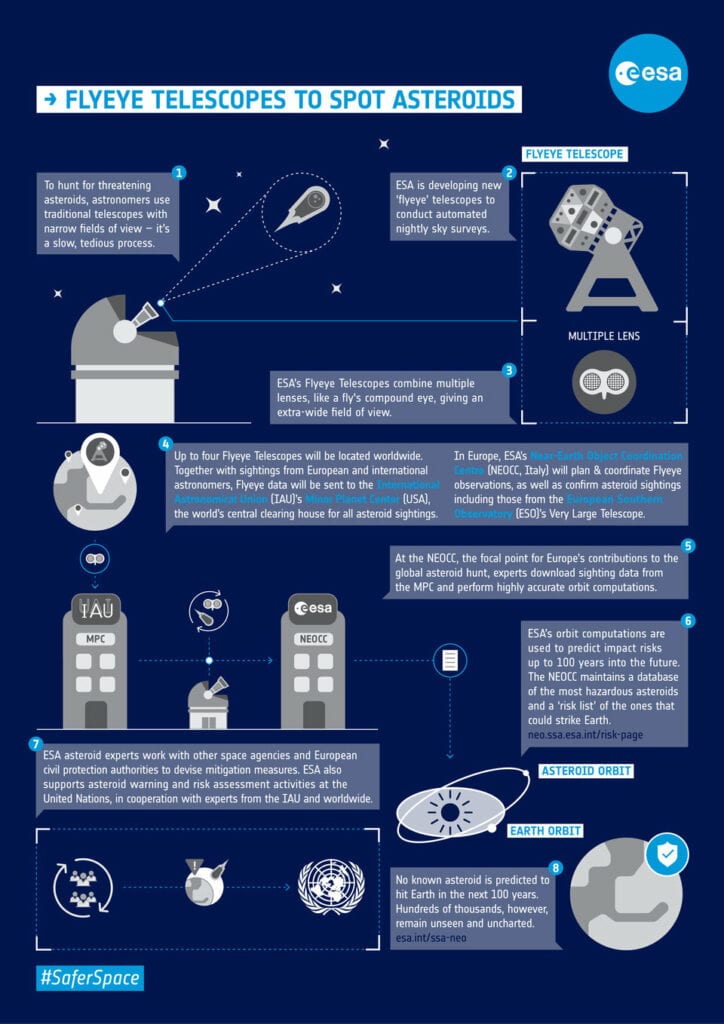