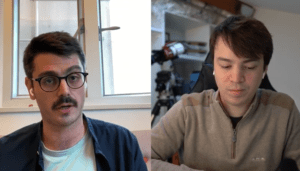 As part of the partnership between SpaceWatch.Global and Orbital Gateway Consulting we have been granted permission to publish selected articles and texts. We are pleased to present “Dongfang China Aerospace News Roundup 16 Nov – 22 Nov 2020”.

Hello and welcome to another episode of the Dongfang Hour China Aero/Space News Roundup! A special shout-out to our friends at GoTaikonauts!, and at SpaceWatch.Global, both excellent sources of space industry news. In particular, we suggest checking out GoTaikonauts! long-form China reporting, as well as the Space Cafe series from SpaceWatch.Global . Without further ado, the news update from the week of 16-22 November.

ChinaSat announced the country’s first 5G broadband test using Ka-band GEO-HTS capacity, with the company’s ChinaSat-16 satellite. The tests were carried out in collaboration with China Mobile and Huawei, and achieved download speeds of ~90 Mbps, upload speeds of 3.5 Mbps, and ping of >700 ms (long way to GEO, with results shown in the image below). The press release notes that China Satcom was also the first company in China to do 4G via Ka-band satellite, and that they are planning for 5G and 6G via GEO-HTS.

Of note is the fact that ChinaSat-16 appears to not have very much demand right now. The satellite was launched in 2016, partially planning to address IFC demand. However, the launch failure of the sort of “sibling satellite” ChinaSat-18, which was meant to cover the Western half of China with Ka-band capacity for a nationwide IFC network, among other market-related issues, has led to a limited development of the IFC market in China thus far. Considering that ChinaSat’s maritime and telco business are also not huge, albeit growing, we can assume that they likely do not have such a high fill rate on ChinaSat-16.

November the 12th saw the launch of the Tiantong-1 02 satellite into GEO orbit, riding on a Long March 3B.

In the long run, Tiantong-1 could be a challenge to Thuraya and Inmarsat, which do have a market in China or with Chinese companies. Among the challenges: Chinese SoEs could make the switch; also, the Chinese have the reputation of being more aggressive in pricing of bandwidth as well as on the hardware side (terminals).

Interestingly, satellite telephones have operated in a sort of legal grey area in China for some time. As covered in Euroconsult’s China Space Industry Report 2020, Taobao and other websites have become home to bustling trades of satellite telephones, even though such phones are not all legal in China.

Galaxy Space completed a B+ round of funding, with the company achieving a valuation of RMB 8 billion, up from RMB 5 billion at the most recent funding round (September 2019), and up from RMB 3 billion as of 2 years ago (funding round in November 2018). Noteworthily, the first investor mentioned in this round is the 南通科技创业投资, which is, according to Chinese startup funding database Tianyancha, relatively old and well-established as far as city-level VCs go

(founded in 2011, a bunch of existing investments in areas like e-health). Other investors include Shunwei, Matrix China, and Chaos China (great name for a VC). Worth thinking about is the fact that Nantong City is relatively well-developed, its GDP per capita was like US$14k as far back as 2016. So, I wonder if their city VC would be more sophisticated than a VC in a city with less experience in hi-tech/high value industries.

The amount of funding was not specified, but funding will go towards the construction of Galaxy Space’s previously unveiled “Satellite Superfactory”, in Nantong, near Shanghai. The factory will aim to be highly automated, and produce 300-500 satellites per year, with this specifically stated as helping to support the April 20, 2020 ruling by NDRC to add Satellite Internet to China’s list of “new infrastructures”. Noteworthily, Galaxy Space CEO mentioned that they hope to close the technology gap with the US in terms of mass satellite manufacturing to 2 years. Interesting because this seems like a relatively modest, attainable goal to some extent (they’re not saying that they want to be the world leader tomorrow, rather that within some amount  of time, they want to be 2 years behind the US). Finally, the above article notes that Galaxy Space’s second satellite is in the final stages of assembly.

This past week saw the announcement of yet another commercial rocket company, this time from Shandong Province. Shandong Space (山东宇航) posted a series of job vacancies via the official Wechat account of the Shandong Institute of Space Technology (山东宇航技术研究院). We know very little about the company to now, with a cursory Baidu search revealing essentially zero further information.

That said, the company has posted 19 job openings ranging from General Designer of Rocket Vehicle to Project Manager. Shandong is a huge province in terms of population, with >90 million people, and is relatively well-developed economically. However, to now, there have been few space companies emerging from the province.

Our “Only in China” News of the Week:

KFC launches autonomous 5G trucks in China. Users can buy their chicken from a fully autonomous food cart outside a Shanghai metro station. 2020, what a time to be alive!