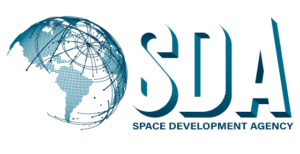 The two companies won bids to build out Tranche 0 of the tracking layer for the National Defense Space Architecture (NDSA), it said.

Florida-based L3Harris Technologies and SpaceX, Hawthorne, California, are expected to build four overhead persistent infrared imaging (OPIR) satellites for the tracking layer of the NDSA, the Space Development Agency (SDA) said. The satellites should be ready by the end of fiscal year 2022.

“The satellites will be able to provide missile tracking data for hypersonic glide vehicles and the next generation of advanced missile threats,” SDA Director Derek Tournear said.

“L3Harris and SpaceX will build satellites of their own design, but that meet criteria set by the SDA. They must all be able to do the missile tracking mission, and then also be able to communicate directly with transport layer satellites via laser communications link.”

Ultimately, Tournear said, there will be hundreds of satellites that make up the NDSA.

Tranche 1, due in 2024, will include a couple hundred satellites in the transport layer, and a few dozen in the tracking layer. With Tranche 2, in 2026, the SDA would continue to build out the system as needed. By then, Tournear said, the SDA would have global coverage, ensuring that the capabilities provided by the NDSA could be available to warfighters anywhere in the world.