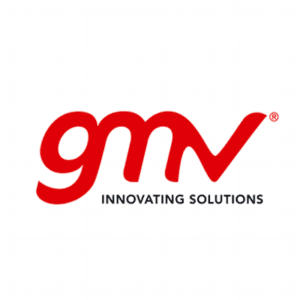 Spanish technology multinational GMV reports that 2019 was a red-letter year for its space business. Its turnover, topping €140 million (US$149.6 million) for a total €245 million (US$261.8 million) group revenue, is up nearly 30% on the previous year.

These figures confirm that GMV’s space business is still booming, multiplying its turnover by a factor of 2.5 since 2015, fueling a continual influx of new recruits into team GMV. Indeed, from the job-generation point of view, GMV is Europe’s sixth best-performing industrial space group behind only Airbus, Thales, Ariane, Leonardo and OHB.

This growth has also been across-the-board throughout the whole space business, with rates varying from 15% to 40%, and in most of the countries where the company runs space activities. Within GMV’s European group Spain leads the pack; Germany holds on to second place, while sharp growth rates are also being recorded by our businesses in Fran,ce, Portugal, Romania and the UK.

In the words of Jorge Potti, GMV’s general space manager, “2019 was a resounding success for GMV’s space business. These all-time high productivity rates, built up on the strength of the excellent work of our whole staff, speak for the thoroughgoingness of our business approach in this area. ESA’s Council at Ministerial Level, held in late December, was another considerable boost to the sector, so we confidently expect this growth to continue into the future.”

Some of the main operations that have enabled us to record these figures are the contract for Galileo’s Ground Control Segment (GSC), GMV’s biggest ever contract; GMV’s leadership of Galileo’s future ground segment and leading role too in many Galileo centers (Service Centre, Reference Centre, Search & Rescue, TGVF and Commercial Service). Worthy of note too are projects such as our PRS developments (Public Regulated Service), the operational SBAS demonstrator, installed in Australia and New Zealand, and the high-precision products with integrity, including those carried out for the new generation of BMW’s autonomous vehicles.

GMV reinforces its worldwide leadership in control centers, both in the commercial and institutional markets, beginning work on operations of the OneWeb mega-constellation and taking on responsibility for Galileo’s control center. 2019 saw the launch of 12 satellites controlled by GMV’s flight dynamic systems or control centers and we have made great headway as ground segment primer in programs such as the next-generation EPS ground control segment, the third-generation Meteosat control center, the ExoMars control center and the ground control segments of CHEOPS, PAZ and Ingenio. In telecommunications GMV remains world leader, with eyecatching developments for Eutelsat, OneWeb and Arabsat. In the area of flight dynamics and operations GMV is world leader too, with notable developments and operations engineering this year for ESOC, Eumetsat, CNES and DLR.

Business is also brisk in the data-processing, simulation and applications area. Marquee moments here were the winning of the contract for development of the processor of the MicroCarb mission (Carbon Dioxide Monitoring Mission); it has also been a busy year in Instrument Quality Tools for the Meteosat Third Generation (MTG) program. The European Commission’s emergency and security framework contracts, furthermore, have clearly made us one of Copernicus’s European mainstays, with successful participation in WekEO’s Data Information Access Services (DIAS). In the applications market we have successfully focused on international agencies and the provision of sustainable-development-favoring services, leading to a maiden framework contract with UNICEF.

This remarkable year ended in grand style with ESA’s Council at Ministerial Level, chalking up a record subscription with the concomitant boost for the whole sector. This now ushers in for GMV a period of the highest expectations, further fueled by the firm’s solid track record and its ongoing growth.