#SpaceWatchGL Op’ed: Is the Washington Consensus on US-India Relations Fraying?

As part of the partnership between SpaceWatch.Global and Dr. Rajeswari Pillai Rajagopalan, we have been granted permission to publish selected articles and texts. We are pleased to present “Is the Washington Consensus on US-India Relations Fraying?”, originally published on 1 January 2020 in The Diplomat.

U.S.-India relations have improved over the last two decades, partly due to the strong political consensus in Washington supporting this trend. Both Democrats and Republicans have put aside other differences when it came to India, and, even when different parties controlled them, both the executive and legislative branches of the U.S. government have supported strengthening the relationship.

Recent developments, however, have cast a shadow on the extent of that support and how it might shape up moving forward. Scrutiny on some domestic developments in India has raised some questions about U.S. support for India and the future shape of the bilateral relationship.

Of particular note are the recent Indian actions regarding Indian citizenship and identity issues, such as the Citizenship Amendment Act (CAA) and the National Register of Citizens (NRC), which have not gone down well, either in India or in the United States.

The negative Western media attention on India has been generally dismissed by senior Indian officials as biased. The home minister, Amit Shah, blamed Indian opposition parties for raising human rights concerns. Commenting on the human rights situation in Jammu and Kashmir in September, Shah said, “To those who are asking questions about human rights, I want to ask have they ever thought about the human rights of the widows or children of the 41,800 people killed in J&K so far.” Ashok Malik, a respected journalist and former media advisor to the Indian president, categorized the negative publicity as “a familiar assortment of New York/London-based know-alls, fringe left activists, Pakistani state agents masquerading as aggrieved neutrals, and freelance self-determinists representing nothing but their bylines.”

The CAA and NRC, against the backdrop of the Article 370 developments, have compounded the negative international perception of India. The Indian foreign minister’s decision to cancel an important interaction at the U.S. Capitol may create new problems. Jaishankar had requested a meeting with the House Foreign Affairs Committee (HFAC) on the sidelines of the second India-U.S. two-plus-two dialogue in Washington. But upon learning that Congresswoman Pramila Jayapal, who is not a member of the Committee, would also be present at the HFAC meeting, Jaishankar cancelled the interaction, saying “I have no interest in meeting” the Indian-American congresswoman. Instead, he insisted he would only meet with “people who are objective and open to discussion but not the people who already made up their minds.”

Jayapal, a Democrat, has been an outspoken critic of India’s actions in Kashmir. More importantly, she was introducing a resolution on Kashmir in the House of Representatives, calling for all the communications restrictions imposed by the Indian government to be removed at the earliest. By cancelling the meeting, India appears to have made the issue worse for itself because the resolution saw 10 additional sponsors right after the minister’s snub to Jayapal.

A wiser decision would have been for India to have proceeded with the meeting and explain the situation, even if it was a difficult case to make. This was what Jaishankar had done while on a visit to Washington after the Article 370 developments, by which India managed to pacify at least some of the critics. Cancelling the meeting, on the other hand, clearly created the impression that India did not have a convincing story to tell.

This action has upped the ante and possibly angered Democratic lawmakers in the United States. Should a Democratic candidate win in the 2020 US presidential election, India may have a lot of making-up to do. Even if a Democrat does not win the presidency and Trump gets a second term, India will still need support from Democratic lawmakers on Capitol Hill.

In the last couple of decades, India has generally enjoyed bipartisan support in Washington, D.C., and this was most evident during the U.S-India nuclear deal. Despite a few nonproliferation hardliners in the U.S. Congress, President George W. Bush was able to muster sufficient support for India because both Democrats and Republicans wanted to build a closer strategic partnership. Since then, India has worked hard to keep its support bipartisan. Doing so ensured that even in the very difficult and partisan political environment in Washington, relations with India was one of the few issues on which there was a broad consensus in the U.S. Congress, making for steady legislative support to executive efforts deepen the relationship.

It would be a shame if India managed to fritter away that bipartisan support. India will have to work much harder in Washington if it can count on only the support of one party or smaller segments of both.

The original can be find here – http://securitystrategyrajagopalan.blogspot.com/2020/01/is-washington-consensus-on-us-india.html-  Rights reserved – this publication is reproduced with permission from Dr. Rajeswari Pillai Rajagopalan. 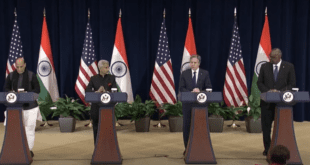 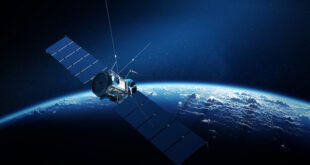