Michael Soodjinda and Suwit Pruckwattananon have been appointed Chief Financial Officer and Chief Business Development Officer respectively at mu Space. Soodjinda’s appointment “is part of the company’s strategy to support fast-track its business expansion across the Southeast Asia region and in the U.S. later this year.”

The appointment of Pruckwattananon is also part of this strategy, and he has experience in opening new markets throughout South and Southeast Asia for Qualcomm where he set up and operated 3G/4G networks and Internet of Things infrastructure.

“Michael has a wealth of financial experience and knowledge,” said mu Space CEO and founder James Yenbamroong about the appointment of Soodjinda, “and we are confident that with his expertise and enthusiasm for expanding mu Space further on an international scale, he will add significant value to the company.”

Speaking about the appointment of Pruckwattananon to the mu Space business development role, Yenbamroong said, “We are excited to welcome Suwit to the mu Space family! His experience, leadership, and knowledge in the telecom sector will create a significant value for the company as we transition to the next phase of our long term business expansion in the ASEAN region and the U.S.”

“I am excited to join mu Space and its impressive team. mu Space has established itself as a leading player in the satellite and space industry. I look forward to further strengthen and grow mu Space through the creation of strategic partnerships and expansion into new markets,” said Pruckwattananon.

“This is an exciting time to be joining mu Space. I’m looking forward to helping shape the growth of the company as it moves towards its strategic aspirations and further strengthen its position in the satellite and space industry,” said Soodjinda about his new position and role.

As part of its strategy to expand into the wider Southeast Asian market, mu Space has also announced that it intends to hire at least ten people in engineering, legal, media, and business development positions in the coming months. 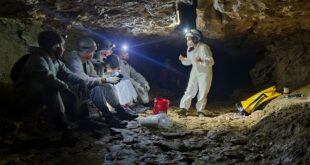 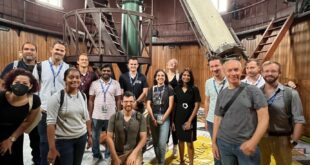