Irresponsible in-space behavior fragments space debris, making Earth orbits hazardous. This, in turn, affects safe operations, infrastructure and the safety of astronauts. Rogue’s mission is to provide a suite of commercial in-space services to space operators to promote a safe, sustainable, and commercially viable space environment. The company has also created a new position, Director of Space Sustainability Policy, to develop a legal and policy framework for a sustainable space economy.

Rogue has chosen Daniel Porras as its Director of Space Sustainability Policy. Porras is a space lawyer with over 15 years of experience in international space law and policy. Prior to this, he worked for the Secure World Foundation as the Director of Strategic Partnerships. Furthermore, he spent over a decade working on international space law negotiations, serving as the in-house expert for numerous UN bodies. Porras also worked in space finance and still continues to advise governments on space security and diplomacy.

Rogue has three technical demonstration launches coming up this year aboard SpaceX’s Transporter-8 and Transporter-9 missions. Each spacecraft to be deployed is related to in-space assembly and manufacturing activities as well as space debris removal. 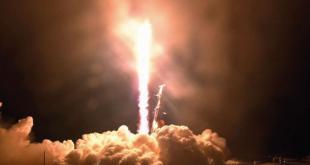