Ibadan, 13 December 2022. – South Korean rocket startup Innospace plans to launch its suborbital technology demonstration rocket, HANBIT-TLV, in December. The launch will validate the company’s hybrid rocket engine that uses liquid oxygen and paraffin-based propellants. While the company set December 14-21 as a launch window at the Alcântara Space Center in northern Brazil, the company would decide the exact date and time after consultations with the Brazilian air force.

HANBIT-TLV is a 16.3-meter, single-stage test rocket. The rocket is a precursor to the company’s planned commercial satellite launcher Hanbit-Nano, a two-stage small satellite launcher to carry up to a 50-kilogram payload to a 500- kilometer sun-synchronous orbit. Furthermore, a 15-ton-thrust hybrid rocket engine using liquid oxygen and paraffin-based propellants powers the first stages of the two rockets. Meanwhile, the Hanbit-Nano’s upper stage is equipped with a 3-ton hybrid engine.

Furthermore, the payload is a navigation device that employs a computer, motion sensors, and rotation sensors to continuously calculate by dead reckoning the position, orientation, and velocity of a moving object without needing external references.

Speaking on the launch, Kim Soo-jong Kim, CEO of Innospace, noted, “This test flight of HANBIT-TLV suborbital rocket will serve as an important step to enter the small satellite launch service market.” 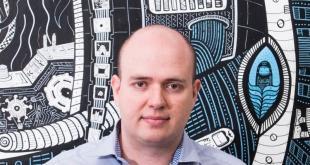 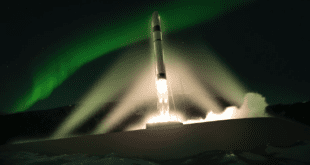