The Manual has been years in the making. One of the inspirations for it was the Space Security Index, which was managed by Project Ploughshares for many years and involved both Jessica and Dr. Jakhu, among others.

The McGill Manual is the product of technical and legal experts from around the world and from many sectors, including government, the military, academia, and civil society. It garnered significant support from McGill University as well as outside sources, including Canada’s Department of National Defence and the Social Sciences and Humanities Research Council (SSHRC). The project attracted the attention of international observers, indicating that international law for outer space is high on the agendas of many governments and agencies.

However, even though there has been some government involvement, both guests emphasized that the process has been independent, neutral, and based on evidence, not opinion.

While the 52 Rules contained in the Manual apply to the military, they are not focused on armed conflict in space, nor do they relate only to the military. Instead, as Jessica noted, the focus is on peace and how these rules can support the continuing peaceful use of outer space by all humanity, even in times such as now, when tensions are rising. Dr. Jakhu asserted that conflict or war in space is not inevitable; this is also the view held by countries such as the United States.

International law makes no distinction between military and non-military activities or applications, except for such aspects as military communications. While all the rules covered in the Manual are important, getting the definitions straight is a solid place to begin, according to Dr. Jakhu.

Due regard for the interests of other States is an overriding principle that applies to all space activities. It is a core principle of the Outer Space Treaty, and arguably of international space law in general. Due regard includes the obligation to consult and be consulted before engaging in activities that affect other parties; this concept can be seen to relate to many other rules. The idea of due regard restricts freedom of action – in other words, in outer space, and on celestial bodies, you cannot simply do anything that you want.

The Manual relies on and refers to primary sources and statements of governments, not academic articles. One area in which consensus among the experts could not be reached dealt with environmental protection, as not all parties involved in the consensus-forming and rule-drafting process were convinced of the extent to which existing international laws addressing the protection of the environment apply to outer space.

However, the Manual was not intended to cover everything. Some areas of law are not yet well defined. It might not be clear how to apply certain laws to space, as with environmental regulations.

This Manual is designed to be of practical value and relevance for all space actors. According to Mr. Chen, the use of technical experts grounded the rules in the scientific and technological realities of space activities and gave a better sense of what might happen in the next two decades. Upcoming outreach events will teach participants how to apply the rules in the Manual.

The forthcoming volume of the McGill Manual, expected to be published in early 2023, contains the commentaries to the Rules.  Relying solely on existing jurisprudence, and the opinions and practices of States, the Commentaries will capture and elaborate on how the  Rules were derived. A public consultation process was in place to solicit feedback from governments and interested parties to ensure that the commentaries reflect, to the greatest extent possible, viewpoints and perspectives on fundamental rules governing the outer space. 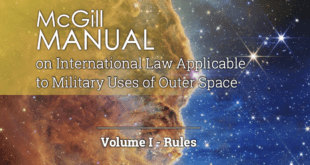 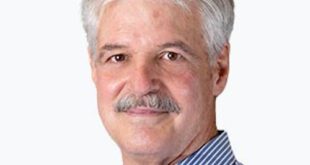