#SpaceWatchGL Opinion: What is Space Arbitration?

Until recently, only a few States were able to access outer space. Since then, however, driven by technological advances, in particular by reusable orbital-class rockets and the resulting reduction in launching costs, more and more private companies have been able to enter the ‘space race’, and we can witness today the emergence of a significant commercial space economy.

According to the Space Report of 2021 published by the Space Foundation, the global space economy following an uninterrupted growth period of five years, amounted to USD 447 billion in 2020, a 4.4% increase from 2019. In turn, according to the Satellite Industry Report of 2021 published by the Satellite Industry Association, 74% of these global revenues were generated by the satellite industry. The satellite industry comprises a ground equipment sector, satellite services such as television, radio, broadband internet, fixed and mobile communications and Earth observation, satellite manufacturing, and launching services. The remaining 26% of the space economy includes public space budgets and commercial human spaceflight.

The global space economy following an uninterrupted growth period of five years, amounted to USD 447 billion in 2020, a 4.4% increase from 2019.

With an increase in activities, often comes an increase in disputes and the space economy is unlikely to be the exception. On the contrary, we can already identify several possible areas of disputes ranging from common commercial issues to investment disputes, harmful frequency interference and even physical collisions.

Past commercial disputes in the space sector have arisen for example out of manufacturing defects, the late delivery of satellites, their insertion into a wrong orbit or the cancelation of contracts. (See [1]). Given the dual applicability of some space technology (meaning that it can be used for both commercial and military purposes), disputes have in the past also arisen in relation to export control regulations. (See [2]). It can be expected that with the increase of space activities and the corresponding multiplication of contracts and commercial relations, we will see a growing number of similar disputes in the years to come.

Space activities, at least when they require the launch of hardware into space, are generally long and costly investments and therefore allegedly benefit from international investment protections. (See [3], [4], [5], [6]). This could give rise to investment disputes related to outer space. Past space-related investment cases include Devas v India (PCA Case No. 2013-09), Deutsche Telekom v India (PCA Case No. 2014-10), and Eutelsat v Mexico (ICSID Case No. ARB(AF)/17/2).

Finally, the launching of ever more objects into space is slowly causing the congestion of at least the lower orbits, and is therefore significantly increasing the risk of harmful interference between different satellite systems, and even the risk of physical collisions or at least the need for costly collision avoidance maneuvers.

What does all of this have to do with international arbitration? Where there are disputes, there is a need for a dispute resolution mechanism. In theory, any space-related dispute could be resolved by national courts. However, domestic litigation might not always be the best option. In fact, space disputes are often international in that they involve parties from different jurisdictions. They are also confidential as they often deal with dual-use technology, and finally, they are very technical and therefore require experts who are familiar with the space industry and its specificities. National courts and domestic judges are not always equipped to cater to these requirements. This is where international arbitration comes into play: the flexibility inherent in arbitration, which allows the parties to a dispute to choose their decision-maker and to adapt the procedural rules to the dispute at hand to provide for enhanced confidentiality for example, offers a dispute resolution mechanism that can adapt to the space industry and its needs.

Physical collisions and collision avoidance maneuvers that are less likely to be able to be resolved through arbitration.

Is arbitration available to solve space disputes? Commercial space disputes can always be resolved through arbitration as long as the parties agree to include arbitration clauses into their contracts, which often seems to be the case, or they agree to refer their dispute to arbitration once it has arisen. The European Space Agency for example provides for arbitration in Clause 35(2) of its General Clauses and Conditions for ESA contracts (ESA/REG/002, revised on 5 July 2019), and commercial space companies also seem to have adopted the use of arbitration. (See [7], [8], [9], [10], [11]). Interestingly, disputes relating to harmful frequency interference are also often contractual as frequencies are coordinated between different satellite systems and the results of this procedure are set out in so-called coordination agreements. (See [12]). In turn, space investments, as long as they benefit from the substantive protections offered in bilateral investment treaties, also benefit from their procedural protections and therefore usually have access to investment arbitration tribunals.

However, it is disputes over physical collisions and collision avoidance maneuvers that are less likely to be able to be resolved through arbitration. Collisions can happen between parties that have no prior contractual link and therefore did not have the opportunity to agree to arbitration in advance. This means that unless they can agree to refer their dispute to arbitration once it has arisen, private parties involved in a space collision would need to resort to domestic litigation or ask their host States for diplomatic protection under the dispute resolution mechanism of the 1972 Convention on International Liability for Damage Caused by Space Objects.

So What Is Space Arbitration?

Laura Yvonne Zielinski is an associate at Holland & Knight in Mexico City. She is specializing in investment and commercial arbitration and in public international law. She has studied law at Sciences Po in Paris and at Columbia Law School in New York, and has recently obtained a certificate in Strategic Space Law from McGill University. She has worked on one of the first investor-State cases related to the space industry, and has recently founded the Space Arbitration Association of which she is the President.

Jan Frohloff is a former dispute resolution associate at Baker McKenzie and at Morrison & Foerster with a focus on international arbitration. He is the author of a series of articles on space arbitration and space disputes. His article “Arbitration in Space Disputes” spent 8 months in Arbitration International’s top 5 list of most read articles, two of which as the number 1 most read article. Oxford University Press later added “Arbitration in Space Disputes” to the article collection “The Promise of International Law” which consisted of pieces relating to the role of international law in addressing key global issues. He is also the Editor-in-Chief of the Space Arbitration Association Blog. 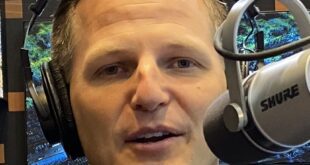