The two NanoFF (Nanosatellites in Formation Flight) CubeSats will be integrated inside the company’s orbital transfer vehicle, the ION Satellite Carrier. ION is designed for precise satellite deployment and for technology demonstrations of third-party payloads in orbit. The vehicle’s propulsion module allows for altitude-, inclination-, and local time change of the ascending node.

The two satellites are funded by the German Aerospace Center (DLR). The aim of the mission is to demonstrate how to achieve, maintain, and utilize a helix formation flight. The latter means that the satellites spiral along a common orbit.

ION will release the CubeSats at a 500-600-kilometer high Sun-synchronous orbit. The satellites will be equipped with high-precision attitude control hardware powered by deployable solar panels. The spacecraft will perform several orbital manoeuvres changing the relative distance between them, demonstrating different application scenarios, D-Orbit said. Launch is currently planned for Q2 2023. 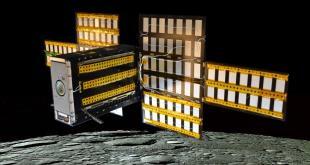