In the first episode of Space Café Israel, Meidad Pariente is in conversation with Tal Inbar, a walking encyclopaedia of knowledge, a member of the History Committee of the International Academy of Astronautics; Board member of D-Mars, Israel’s Mars simulations centre. He is also a national mentor for “Horizon”, the Israel Space Agency community of space educators. During our Space Café, broadcasted on 12 July 2022, they discussed his personal point of view and even heard some anecdotes never published before.

How did you become such an authority on the history of space in general and the Israeli space industry?

I started to be interested in space at an age of four and a half or five. So I went to many courses, and I built my own first telescope when I was about nine years old. And I started to launch rockets by the age of 11. And then it was only natural for me to learn everything that I can about what Israel is doing in space, which was very little at the time, but also what NASA did. So I started to write letters to NASA, and ask for information. I got materials, of course, free of charge from NASA. It was obvious to me what the reason was because you cannot understand and anticipate anything that a child might do with the right attitude to information. When I was 20, I approached the Israeli Space and told the Director General at the time, the late Abi Har-Evan, to consider me as an employee of the Israeli space agency with no salary. And at the time, I had a huge collection of information from companies all over the world. It was before the internet, and a lot of videotapes, before YouTube. So anytime he needed something, information about space, he approached me. And today, it’s funny for me to dig into the Israeli state archives about Israeli space agency. And sometimes I find the letters that I wrote in the 80s and 90s. I can say that I’m the only space historian in Israel, writing about the space history of Israel.

Can you share with us an anecdote or something that is not public knowledge yet?

I can tell you something about the history of the first Israeli astronaut in space, the late Ilan Ramon. It was very interesting to see the development of the story because the Israeli Prime Minister, Shimon Peres, went to Washington, DC to meet President Clinton, and when they left the Oval Office, just as corridor talk, Peres asked ”why don’t you put an Israeli astronaut in space?” So Clinton said “Okay, I will check it”. And immediately it went into the Israeli media, but the space agency had no funds! The deadline for signing an agreement for Astronaut training between the Israeli Space Agency and NASA was December 31. On December 30, the space agency got the two letters from the Air Force and from the Ministry of Defence securing the funds. So on the last day possible Israel and NASA signed the agreement. And that was the starting point of the Israeli astronaut project. Something that started like a PR stunt for the prime minister and then it became a national project. And unfortunately, it ended up in the Columbia accident..

If you would be asked to write the Israeli Space policy, what would be the main three things It will include?

We will need an Israel space law. Lifting most of the limitations on the space sector. We will need to be much more focused, I think, the Israeli space industry and space agencies should be much more focused and not to spread all the budget on so many efforts, we will need several vectors that could be something that we can sell. So if you wanted to speak about space economics, it could be something of a rare technological breakthrough for the world, or international cooperation and collaboration in that regard. But you have to be focused. If you want to compete with Jeff Bezos, and Elon Musk in the field of mega constellations or launch vehicles, okay, but you cannot do all the things at the time and to skip from one to another. The most important thing, in my view, is to have an independent Israeli space agency not as part of a governmental sector or ministry, such an independent authority could be much more powerful. So to sum things up, an independent space agency, focus on Israeli space law, and then you can have the vision, and from the vision, you can derive the action items and plans for sustainable, independent Israeli space policy.

What will the Israeli space industry look like in 2050?

Well, the fantasy in 2050, we will have this conversation in microgravity on board the commercial Israeli-Saudi-Emirati space station. But, I’m afraid that the conversation in 2050 might be very similar to the one we have today. Recollection of lost opportunities. I hope to see in 2050, a stronger and independent Space Agency, many more space companies in Israel, that are able to do much larger things than today, not just components and subsystems. Perhaps we will see something like involvement in international mega projects, like the James Webb Space Telescope, like a lander on the moons of Saturn, or drones to Mars, or a UAV for Titan. If I could fantasise a little bit, after we will solve all our political problems here we have with our neighbours, in 2050 we could be part of the European Space Agency, for example, and this will be a whole new game for us. And I can keep dreaming about a Middle Eastern Space Agency (MESA).

Tal Inbar studied Political Science (Bachelor’s degree) and Security Studies (Master’s degree), both in Tel Aviv University, Israel. He started working at the Fisher Institute for Air and Space Strategic Studies in 2003 and became the director of the institute’s space, and UAV research centre in 2007 until the closing of the institute in 2019. He co-founded the international Ilan Ramon Space Conference in 2006. Mr. Inbar is a frequent speaker at international conferences, workshops, and seminars. Mr. Inbar contributed to the Space Competitiveness Index (Futron product) and several other classified reports delivered to governmental and industry customers. He is a visiting speaker on various think-tanks and research institutes including RAND, the Washington Institute for Near East Policy, Missile Defense Advocacy Alliance, Secure World Foundation – to name a few. He is consulting Israeli defence and space companies, and developed the Space and Missile courses for IAI, addressed to engineers. Inbar is a member of the History Committee of the International Academy of Astronautics; Board member of D-Mars, Israel’s Mars simulations centre. He is also a national mentor for “Horizon”, the Israel Space Agency community of space educators..

SpaceWatch.Global is a Europe-based digital magazine and portal for those interested in space and the far-reaching impact of the space sector.
https://youtu.be/eo5pDcO1Ays
Share
Previous Space Café Radio – on tour in Lausanne – with Tim Flohrer
Next NASA signs seat barter agreement with Roscosmos 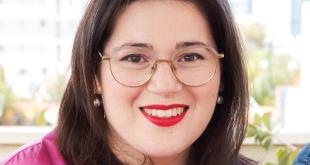