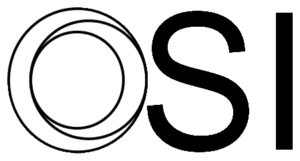 The Outer Space Institute is pleased to publish the International Open Letter on Kinetic Anti-Satellite (ASAT) Testing, the second Open Letter coordinated by the OSI. This letter urges the UN General Assembly to take up consideration of a treaty that would prohibit conducting debris-generating anti-satellite weapon tests. The need for such a treaty is driven by very rapid growth in the number of satellites in orbit.

The letter with an appended list of early signatories is available HERE.

Should you wish to add your name, please use the following form (link). The current full list of signatories is available here (link).

The Outer Space Institute (OSI) is network of world-leading space experts united by their commitment to highly innovative, transdisciplinary research that addresses grand challenges facing the continued use and exploration of space. Comprised of physical scientists, social scientists, lawyers, engineers, industry leaders, and policy makers, there is no other body like it anywhere. The transdisciplinary approach enables the OSI to identify challenges, opportunities, and solutions that have been overlooked by other groups. By breaking down barriers that prevent people in different fields from working together, the OSI is able to further challenge assumptions that are often taken for granted in building public policy.