Earlier this week, we saw a couple of significant space industry-related events in Hong Kong, namely talks by a variety of leaders from CASC, the Chinese Academy of Engineering, and others. The events took place at the University of Hong Kong and the Hong Kong Polytechnic University, and covered topics as diverse as the Tianwen-1 Mars mission, the BeiDou satellite navigation, and perhaps most notably, lunar rockets.

The rocket-related talk was from Long Lehao, Academician at the Chinese Academy of Engineering and Chief Designer of the Long March series of rockets. Long Lehao’s speeches are always followed with attention, they are an excellent way to get juicy details about upcoming LM rockets, and this had already been the case for example in a speech given at Tsinghua University in May 2018. Last week, Long Lehao spoke about China’s super-heavy launch vehicle ambitions, namely a brand new design for the Long March-9, and a rocket called the Long March-5-DY that aims to bring taikonauts to the moon.

First, let’s discuss the Long March 9, which is China’s hypothetical super-heavy rocket, and which has been in discussion in the country as early as 2010. Historically, it has been known as China’s “Saturn V” or China’s “SLS”, with the objective to put significant payload (including crew) into TLI. The Long March 9 architecture has changed many, many times over the past years, and with Long Lehao’s most recent presentation, we have yet another iteration.

The part on Long March 9 only consisted of a single slide, but a very eye-catching one. The Long March 9 configuration that was visible on the left side of the slide was the version known to the public until recently, and it’s also the one that was shown to Xi Jinping at the Great Hall of the People in February 2021 (see DFH Ep. 22). It is a 3-version configuration that Long Lehao calls the “11 edition” (meaning the 2011 edition). In this well-known configuration, you have:

Yet in the latest iteration, dubbed the 2021 edition (“21 版”), it seems that CALT modified the design, starting almost from a clean slate. Literally, everything has changed, notably:

The new version of Long March 9 surprisingly provides as much payload capacity as the heaviest version of the former Long March 9, despite the absence of strap-on boosters. The main factors that make this possible are as follows:

Next, let’s talk about the other lunar rocket, the “921 rocket”:

This was a rocket that was first mentioned by the Chinese in 2018, and was sold to the public as a faster way of getting a crewed lunar rocket operational, and this shorter time frame was enabled by reusing components that were readily available already from current rocket programs.

According to Long Lehao’s presentation, the LM-5DY would put taikonauts to the moon in 2 separate launches. A first rocket would separately send the Next-Generation Crewed Vehicle (China’s replacement for the Shenzhou spacecraft), and a second one would launch the transfer and lander modules. Both payloads look like they would dock in lunar orbit.

Another noteworthy element from the presentation on the Long March 5DY is the smaller 2-stage variant, which does not have the upper stage and the strap-on boosters. This version would be used for crewed missions into LEO, presumably for sending the Next-Generation Crewed Vehicle into orbit. This is because the current crewed rocket, the LM-2F, is unable to put such a large spacecraft into orbit.

Also, worth noting in Long Lehao’s presentation, the objective of putting taikonauts on the moon before 2030, which is ambitious and perhaps slightly in contradiction with the ILRS roadmap revealed last week, which mentioned crewed lunar missions after 2035.

There was also some talk on reusability. In the short term, the first partially reusable Long March rocket will be the Long March 8, with a reusable first stage and 2 strap-on boosters which would perform a vertical landing as a whole (presumably on a droneship). According to Long Lehao’s presentation, this would take place by the end of 2022.

Finally, there were also some interesting points on spaceplanes: Long Lehao reaffirmed that spaceplane technology was being studied, with a 3-step approach where the initial prototype in 2025 would focus on a first stage spaceplane, and in 2030 on a second stage spaceplane; with both spaceplanes using traditional rocket propulsion (火箭动力). In 2040, things would get very ambitious as China aims to fly a fully reusable, single-stage-to-orbit, combined cycle propulsion spaceplane. Basically, the holy grail of spaceflight that no country has achieved so far, and that some have deemed technologically impossible.

Check out Dongfang Hour Episode 39 on YouTube for a visual breakdown of the Long March 5DY and Long March 9 rockets. 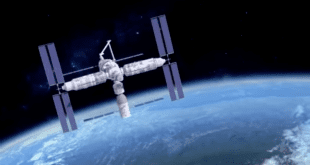 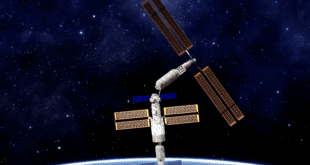