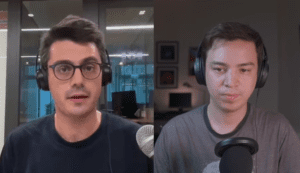 As part of the partnership between SpaceWatch.Global and Orbital Gateway Consulting we have been granted permission to publish selected articles and texts. We are pleased to present “Dongfang Hour China Aerospace News Roundup 14 June – 20 June”.

Hello and welcome to another episode of the Dongfang Hour China Aero/Space News Roundup! A special shout-out to our friends at GoTaikonauts!, and at SpaceWatch.Global, both excellent sources of space industry news. In particular, we suggest checking out GoTaikonauts! long-form China reporting, as well as the Space Cafe series from SpaceWatch.Global. Without further ado, the news update from the week of 14 June – 20 June 2021.

This week, we will only cover two stories in more detail, because they are both pretty beastly stories. A kind reminder that we cover a lot more stories every week in the DFH Newsletter. For more fast-takes on the sector, sign up here.

On June 17, the Shenzhou-12 crewed mission was successfully launched into space at 9:22am, Beijing time, by a Long March 2F rocket. The China Manned Space Engineering Office had announced the exact time of the launch on June 16. On-board was a team of three taikonauts, composed of Nie Haisheng (mission commander), Liu Boming and Tang Hongbo (photos available in the linked article), and the spacecraft was sent to the Tianhe core module of the Chinese space station. It is Nie Haisheng’s third time and Liu Boming’s second time in space, while it will be the first time for the younger Tang Hongbo. The three back-up taikonauts were Zhai Zhigang, Wang Yaping and Ye Guangfu.

Now let’s talk a little about the rocket and spacecraft that enabled this Shenzhou-12 mission. The spacecraft was the Shenzhou crewed spacecraft, China’s main workhorse for sending taikonauts into space. This is an older generation spacecraft, first launched (in a prototype version) as early as 1999. It is composed of 3 parts:

Shenzhou 12, as its name suggests, is the 12th Shenzhou spacecraft and mission. There have been some slight changes between the early versions of Shenzhou and the current version. Notably:

The rocket launching the Shenzhou-12 is the Long March 2F, also an older generation rocket, also designed back in the day in the 1990s specifically to launch the Shenzhou spacecraft. Being the only crew launching rocket in China so far, it has some interesting features worth mentioning:

Back to the launch in itself, At 3:54 pm Chinese time, 6 hours and 32 minutes after the launch, Shenzhou 12 docked successfully with the forward docking hub of the Tianhe core module. —  Once the docking was complete, the Shenzhou spacecraft stopped performing attitude control and broadcasting telemetry information: this role was taken over by the Tianhe core module. The air pressure was then equalized between Shenzhou and Tianhe, the connection is checked for leaks, and only after this is validated can the taikonauts open the hatch and enter the core module. Interestingly, the hatch is not closed once the taikonauts pass through, and the Shenzhou spacecraft is able to serve as a storage area for the space station.

In a press conference, CMSEO revealed a couple days ago that there will be four main tasks the current crew of taikonauts to Tianhe:

The China Aerospace Science and Technology Corporation has even released a detailed description of the space station. The article first noted that CASC was the developer for the Space Station, Shenzhou and Tianzhou series spacecraft, and the Long March rockets that were used to launch them. Which is to say, CASC is really, really significant in the context of the Chinese space program. I recall in 2019 having visited the SAST facilities in Shanghai, where they had two enormous test rooms for the docking technology used on the space station, one room for vertical testing and one for horizontal testing. Very impressive facility.

A  lot of effort has also been put into preserving the intimacy of taikonauts and enhancing their quality of life. Each taikonaut will have their own sleeping space, and will be able to sleep in an horizontal position. The cabin will also have WiFi network, and taikonauts are provided with a personal hand terminal which can control multiple features for their comfort like lighting directly in an APP. Additionally, they also have a dedicated private communication line for keeping in touch with their loved ones during their stay.

It’s worth taking a step back and setting Shenzhou-12 into the context of what the Chinese call the construction period of the Chinese Space Station. China’s space station is supposed to be completed over a period of 2 years, in 2021 and 2022, and relying on 11 launches: 3 orbital modules (Tianhe core module, Wentian, Mengtian experimental modules), 4 Shenzhou missions and 4 Tianzhou missions. To this day, only the Tianhe core module is currently in orbit, as well as the Tianzhou cargo spacecraft launched in May and the current Shenzhou 12 spacecraft. This highlights the fact that we are only at 3 launches out of 11 at this stage. Additional Tianzhou and Shenzhou missions are expected in September and October this year, and the remaining 6 launches will take place in 2022. Busy times!

And the excitement is not limited to China: at a press conference on June 16th, China’s CMSEO announced that the country was looking to develop International collaboration over the Chinese space station. Notably, it was said that 9 projects from 17 countries had already been selected. It seems like China is very keen to give an international cooperation framework to its large-scale missions. And this extends to beyond LEO, doesn’t it?

On the third day of the Global Space Exploration Conference 2021 taking place in St Petersburg from June 14 to June 18, China and Russia jointly revealed a roadmap for a future International Lunar Research Station (ILRS) dedicated to scientific research. Interesting video published by CNSA (in English), where they give homage to previous missions such as Apollo-11, but also mention that, “this time, we come with greater courage, stronger determination, and more ambitious goals, and we are no longer satisfied with simple visits, we are here for the long-term exploration”.

China and Russia had already announced their intention earlier this year (in March), with a signature of a Memorandum of Understanding, though as we noted at the time, MoUs have pretty limited meaning in terms of being legally binding, or even representing a project that is in a well-developed stage. The roadmap does, however, appear to be pretty well-defined, and the ILRS project seems to be picking up momentum. Although initiated by the CNSA and Roscosmos, the cooperation project is declared to be open to all interested international actors.

The ILRS project will be carried out in three phases: 1) Reconnaissance, 2) Construction and 3) Utilization.

In between the Reconnaissance Phase and the Construction Phase appears to be a several year gap (basically 2026-2029). The video released by CNSA notes that from 2026-2030, Chang’e-8 and Luna-28 missions will be dispatched to the Moon to conduct corroborative explorations, finish technology verifications of the ILRS.

Final point from my side is the extent to which this project is clearly aimed at being pretty international, but with China and Russia leading the way. Announcing it at a large, international conference with an English-language video and roadmap, and with the English language video going heavy on the “we develop this research base for peace and to inspire future generations all around the world”, is a pretty apparent message that the two countries seek to bring in international partners. As well, the scale and ambition of the project is certainly impressive, making it pretty appealing for other countries to get onboard, particularly given how very few other lunar research bases are planned in the coming decades.

Worth noting also, in the timeline that was presented at GLEX, crewed missions only take place starting from the so-called “Utilization” phase, after 2035, which is 10 years after the Artemis program achieves this, in theory.

It seems like the ILRS is increasingly looking like a full-fledged competitor to the US-led Artemis program, and it seems that participating countries are either in one project or another. We may see some exceptions:

A relatively significant amount of documentation was released on the ILRS during the GLEX conference, which is a good point considering that a lot of the previously known information on the ILRS was very early stage proposals and only coming from Chinese sources. Now we have documents that are co-authored by both Roscosmos and CNSA.

Also, there was a further presentation by CALT on Earth-Mars missions. I haven’t had the time to go through them but SpaceNews journalist Andrew Jones was kind enough to post them on Twitter. There is mention of concepts like a nuclear-powered spacecraft, so definitely worth giving a read.