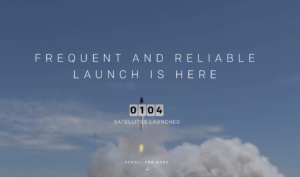 The mission, which Rocket Lab calls ‘They Go Up So Fast’, also deployed its latest in-house manufactured Photon spacecraft.

The mission took the total number of satellites deployed to orbit by Rocket Lab to 104, the company said.

Following the deployment of these payloads, the launcher’s Kick Stage was reconfigured to test another version of Photon, Rocket Lab’s own spacecraft.

Photon Pathstone is equipped with new power management, thermal control, and attitude control subsystems that will be utilized for NASA’s Capstone mission to the Moon later this year.

Rocket Lab’s 20th Electron launch is scheduled to take place “within the next few weeks”.