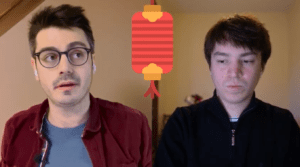 As part of the partnership between SpaceWatch.Global and Orbital Gateway Consulting we have been granted permission to publish selected articles and texts. We are pleased to present “Dongfang Hour China Aerospace News Roundup 8 – 14 Feb 2021”.

Hello and welcome to another episode of the Dongfang Hour China Aero/Space News Roundup! A special shout-out to our friends at GoTaikonauts!, and at SpaceWatch.Global, both excellent sources of space industry news. In particular, we suggest checking out GoTaikonauts! long-form China reporting, as well as the Space Cafe series from SpaceWatch.Global. Without further ado, the news update from the week of 8 – 14 February.

China’s Mars exploration spacecraft, composed of an orbiter, a lander, and a rover, successfully inserted itself into Martian orbit by firing its main thrust engine (3000N) during approx. 15 mins, lowering its velocity sufficiently to be “captured” by the red planet’s gravitational field. Tianwen-1 has inserted itself in a highly elliptical orbit with a periapsis of 400 km and an orbital plane inclination of 10°. While we are still in the early stages of the mission, this is a historical moment for China, as it’s the first time it has inserted a spacecraft in an orbit beyond the Earth orbit, becoming the 6th country to do so after the US, Russia, Europe, India, and the UAE. This happened just days before the UAE’s HOPE mission inserted itself successfully in orbit around the red planet, and a couple of days before the US Mars 2020 mission follows suit (although it’s only a lander/rover for Mars 2020).

The Tianwen-1 spacecraft will continue to orbit Mars and taking images of the landing sites among other things, during a lapse of time called the observation phase. Initially meant to last 2-3 months, it is now understood to last until May-June, according to one of the articles published by CASC after the successful orbital insertion. The reasons for this are unknown, but in the meantime, the orbiter’s instruments will continue to gather a lot of scientific data, from its magnetometer, radar, mid and high res cameras, its spectrometer, and particle analyzers.

Worth mentioning also, we saw China publish some cool videos during the orbital insertion manoeuvres, notably:

In both cases, you see at some point Mars emerge from behind the spacecraft. While initially overexposed, the image soon reveals clearly the features of the Martian surface, and even shows some vibrations on the Tianwen-1 spacecraft as a result of the engine ignition. Definite some very cool footage.

Publication of the ESPI Report “New Space in Asia”, including DFH (and GT!) contribution for the China Part

A detailed report published earlier this week about the large and growing “New Space” sector in Asia. While our personal favourite would clearly be the Chinese market, the report provides a great deep-dive into a number of other regional space industries, with almost every chapter written by an expert of their respective market.

While the most advanced space companies today remain in the US, EU, and to some extent, China + Japan, the fact that the world’s fastest-growing economies remain in Asia, and the fact that space is becoming an increasingly hot topic, means that we are likely to see Asian countries play a bigger role in the future, relative to their role today. That being the case, the report is highly recommended as a primer for understanding several of the world’s fastest-growing space industries.

Some highlights worth mentioning:

I would also point out that as we discussed on Dongfang Hour China Aero/Space News Roundup Episode 14 (28 Dec-3 Jan), Hanwha is a significant player in the South Korean space industry. We had noted their US$30M investment into Kymeta at that time, and also their previous acquisition of Phasor, a flat-panel antenna developer, in June 2020.

Overall, a highly informative report, and not just because DFHour and Go-Taikonauts contributed to the China chapter! With the APAC region home to most of the world’s fastest-growing economies and fastest-growing space programs, we are sure that the future edition of the report will have even more countries (Singapore, Australia, and the Philippines are the three rising stars in my book!)

China this week has also officially entered the year of the ox, according to its traditional lunar calendar. This probably means that the upcoming week will be quite slow in terms of news as the entire country basically shuts off during 7 to 10 days, although this year might be a bit exceptional since many have decided not to return to their home towns due to the strict testing and sometimes mandatory quarantine periods when travelling between provinces.

The cool part from a space point of view, however, is that we have the traditional Chinese new year artwork from space companies–we have posted a few selections on the DFHour Twitter Handle and LinkedIn page, be sure to check them out!

Also another event worth noting: the traditional Chinese New Year gala, which is watched by almost every household on the night of CNY (interestingly while the TV is generally on with 春晚, people aren’t generally watching it with too much attention). During this new year gala, the spotlight was given to Chinese space for 3 whole minutes, during which the presenter invited the Chief designers of some of China’s most ambitious projects, including:

Each and every one of them announced “good news”, announcing the successful orbital insertion, the 100% “made in China” Beidou systems, the safety of the Shenzhou spacecraft, and the return of the Chang’e 5 mission (and of which the capsule was on stage).

When you watch the video and when you think a little bit about how important a space country China is becoming. And by observing the way the space part of the Gala was set up (music, content, …), you realize how strong the Chinese pride is for their latest achievements.

Show extract of the “space” part of the gala.

Definitely agree. As I have said before, I do not see China’s leadership now as being “fans” of space per se, but they do certainly recognize the economic and political gains that can be had through the development of space.

The call towards history was very clear at the beginning of the space segment of the CNY Gala. The segment opened with a reminder of the Dongfanghong-1 mission in 1970 and then saying that 50 years later, in 2020, Chang’e-5 returned from the moon. The Gala then brought out the 4 aforementioned guests. All 4 of them were wearing matching CASC blue jumpsuits with the Chinese flag. They were 4 old Han Chinese men, the host expectedly ended their talk with “大家辛苦了，给您们拜年了！”, or basically “you’ve all worked so hard, wish you a Happy New Year!”.

All 4 of the speakers were very humble, reading what seemed to be pretty much scripted good news. Overall, great to see the space sector more represented at such an important event, but at the same time, it was very clear that this remained firmly the traditional space sector. It will be interesting to see whether, in 2-3 years time, there will be representatives from Chinese new space companies in a similar role!