#SpaceWatchGL Opinion: Predict to win. How space weather forecasting will save billions on Earth

On March 13, 1989 the province of Quebec, Canada suffered from a massive blackout caused by a geomagnetic storm. The solar activity led to a nine-hour clinical death of Hydro-Québec’s Electric power system, leaving people without TV, light and home gadgets, causing huge financial losses and halting all trading on the Toronto Stock Exchange. Since then, we have dramatically increased our dependence on technology and the Internet, but have not made a major step towards preventing incidents like Québec. Solar activity is still a looming threat we have to be ready to deal with. Is not now the time to widely acknowledge that space weather forecasting matters more than we were used to think?

Risks on a Global scale

To get to the core of the issue, we have to understand the basics of space weather first. There are two kinds of cosmic rays: galactic and solar ones, during which protons and atomic nuclei are moving nearly at the speed of light. Galactic rays come from outside the Solar system, and are temporary, but stable over time, yet harmless to the Earth. Unlike galactic ones, solar cosmic rays generated by the Sun are far more dangerous. Solar activity is unstable – each year brings about 10 to 50 solar flares, which provoke Solar storms on Earth. They are extremely severe – the emitted plasma travels at a speed of 500-900 km per second – two times faster than «usual» Solar wind. The above mentioned Quebec incident was caused by one of these solar storms.

But the Canadian case is not a single event – humanity suffers from the solar activity every year. Several European governments have listed severe space weather as one of the highest priority natural hazards. Nowadays, geomagnetic storms interfere with radio communication and navigation, causing a drastic increase of radiation levels in near-Earth space. Electric power industry is at greatest risk: a geomagnetic storm causes huge induced currents in long power lines, and the longer the line is, the higher the current will be. These currents can easily deteriorate transformers at power plants causing massive economic damage. There are only a few companies in the World which can produce such expensive electrical apparatus and it takes at least a year to build and deliver it to the plant. Billions in financial losses and blackouts are still threatening every electricity provider.

The same losses are inevitable for many other critical infrastructures and systems on the ground that are vulnerable to the effects of space weather depending on their technical design, location and form factor. Space weather disturbed satellite navigation services affect aviation, road transport, shipping, financial trading, and any other activity that depends on precise positioning. Disruption of avionics systems, crew & passengers radiation exposure, loss of long distance radio communication, degraded GNSS navigation and positioning, overloading of overhead lines and track circuits are just some of the examples of effects that space weather has on our everyday lives.

Globally, geomagnetic storms generate about $3 billion of economic damage annually. Energy and electricity companies, aviation, supply chain, railway systems, satellite communications and oil industries are in urgent need of support tools that would minimize their risks. But what exactly can be offered to them right now?

It is hard to underestimate our dependence on technology and satellites today. Billions of people surf the net, fly with airlines on a daily basis, perform digital banking and stock exchange, all of which has doubled our electric power consumption since the 80’s. But has humanity achieved any major success in space weather forecasting? The short answer is  – «not really».

There is still no universally accessible and reliable space weather alert system. The majority of entities that currently deal with space weather forecasts monitor the Earth’s orbit and some specialize on the Sun, detecting the solar flares. The issue, however, is that not every flare on the Sun’s surface ends up as a geomagnetic storm on Earth and existing space weather satellites are not linked to each other in a system. The existing tools are simply not enough neither to precisely predict the storms, nor to effectively alarm industry leaders on Earth. Not to mention that most of the space weather satellite constellations have been launched more than 15 years ago and are operating well beyond their anticipated life spans. They are expected to fail before replacement is launched.

Nevertheless, the space weather problem becomes more and more relatable to modern society and economy. But it’s not enough to just highlight the issue –  now more and more governments are making a call to action in preparation for space weather events. Moreover, during an event co-organized by the Research conducted by the European Commission’s Joint Research Centre, the Swedish Civil Contingencies Agency, the UK Met Office and NOAA Space Weather Prediction Center (US), the participating parties highlight that space weather is a vital part of the world’s economic sustainability. The organizations stress out «a need for consistency in forecasting and for coordination of forecasts from different service providers».  On the other side of the ocean, three months ago, the White House cleared the Space Weather Preparedness Bill that authorizes and encourages government space agencies to establish pilot programs for purchasing space weather data from commercial entities.

The recurring idea that can be seen in different sources is the urgent necessity of providing «relevant, reliable and usable information» to operators for decision making. Knowing what is going on in the space, industry leaders can make informed decisions about the implementation of proper mitigation strategies beforehand, preventing systems and technologies from failing. It is a question of reliability and money, which was officially raised by the most technically advanced and environmentally conscious nations.

Currently, there are no universally accessible tools, which can provide regular, affordable and live space weather data. Untouched space weather industry in turn, attracts private companies, which tend to become the main suppliers of the vital information, among whom is a rising company Mission Space.

Mission Space is a Europe-based startup that has a goal to deliver a global predictive space weather system that is designed to serve as a decision support tool to detect and predict space weather radiation risks. Continuous and sector-specific space weather monitoring allows for a more accurate prediction of changes in the radiation levels and lets industry leaders save millions on insurance costs, minimize economic impacts of geomagnetic storms, flag the risk of technological disasters and prevent system interruptions in a timely manner.

At the core of precise space weather measurement and forecast is advanced instrumentation for remote and in-situ measurements of space weather data, more specifically, a universal semiconductor spectrometer, (USS) designed by the company itself. The company’s engineers developed a product which fits into the tiniest nanosatellites (1-2u), making their constellations 10 times cheaper than «traditional» existing space weather satellites. Moreover, due to the nature of the constellation itself, every satellite can easily be replaced on a faster, more regular basis.

Of course, one nanosatellite is not enough for an ambitious goal to provide the real-time data to everyone around the globe. The company plans to create a constellation of ~100 satellites to cover the Earth and with that, the needs of their customers. Nano satellite constellations equipped with advanced payload will be measuring the degree of disturbance of the magnetic field, geomagnetic environment, estimating A and K-indices, ionospheric phenomena and radio tomography. So, when a powerful solar plasma cloud approaches the Earth, Mission Space’s hazard system will issue a warning and alert its clients of possible danger.

So, who will benefit from such an initiative? Equipped with custom sensors and detectors, nano, pico, and femto satellite constellations will aid in the most current space weather related needs. In addition, the software system will allow to flag the risk of blackouts/power outages in a timely manner for power grids, cut losses on rerouting flights, contribute to the development of radiation resilient materials for satellites and overall reduce social and economic impacts of geomagnetic storms. Given the recent estimates, global economic impact due to severe space weather events could cause $2.4-$3.4 trillion losses. Therefore, the stakes are high now and will be even higher in future without proper monitoring and forecasting tools. Let us not make this a case.

Ksenia Moskalenko: I was born in Moscow, but moved to Boston, MA at the age of 12. I attended Newton North high school and at the same time was on the US National gymnastics team (2016 National Champion). I then graduated from Suffolk University with BSBA in Global Business and Finance and worked for P&G Gillette HQ’s. I am also graduating from National Institute of Business, Moscow, Russia with a degree in Economics. Seeing a rising trend in moving the space economy forward, decided to switch gears and get experience in entrepreneurship, founding together Mission Space. It is a unique opportunity to be a female in the field and be able to take part in leading a space tech startup that has potential to build tools for a new space economy and contribute to the greater good.

Share
Previous #SpaceWatchGL Opinion: Space world highlights 2020 and outlook 2021 by Prof. Pascale Ehrenfreund
Next #SpaceWatchGL Interviews: My 2020 in a review – by Frank Salzgeber 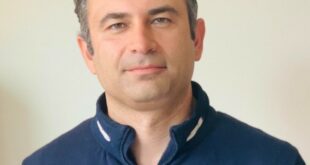 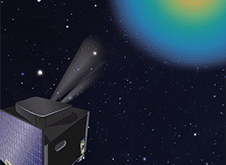