For the first time, water has been discovered on the sunlit surface of the Moon. This discovery indicates that water may be distributed across the lunar surface, and not limited to cold, shadowed places.

On 26 October 2020, Scientists using NASA’s telescope on an airplane, the Stratospheric Observatory for Infrared Astronomy, discovered water on a sunlit surface of the Moon for the first time. SOFIA is a modified Boeing 747SP aircraft that allows astronomers to study the solar system and beyond in ways that are not possible with ground-based telescopes. Molecular water, H2O, was found in Clavius Crater, one of the largest craters visible from Earth in the Moon’s southern hemisphere. This discovery indicates that water may be distributed across the lunar surface, and not limited to cold, shadowed places.

Previous observations of the Moon’s surface detected some form of hydrogen but were unable to distinguish between water and its close chemical relative, hydroxyl (OH). 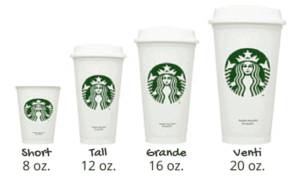 Data from this location reveal water in concentrations of 100 to 412 parts per million — roughly equivalent to a 12-ounce bottle of water (or see handy Starbucks guide for those of us not using the Imperial system) — trapped in a cubic meter of soil spread across the lunar surface. The results are published in the latest issue of Nature Astronomy.

Why is Water Important?

Simply put we need fuel for rocket propulsion and if we are to have human settlements on the Moon we need air to breathe. Rocket launches are expensive and the biggest issue is the weight of the payloads you are sending into space. So if we can extract this water found in-situ on the surface of the Moon then we can use it as a space resource.

So imagine how excited we were to hear the announcement by ESA just this week that they will be supporting a UK firm to turn moon rock into oxygen and building materials.

The ESA contract will fund Metalysis for nine months to perfect an electrochemical process that releases oxygen from lunar dust and rocks by sending an electrical current through the material. The process is already used on Earth, but the oxygen is released as an unwanted byproduct of mineral extraction. To make it work for lunar explorers, the oxygen must be captured and stored.

Under the contract, the firm, Metalysis will try to boost the yield and purity of oxygen and metals from the rock while reducing the amount of energy the process consumes. If the technology looks promising, the next step will be to demonstrate oxygen extraction on the moon.

The oxygen released from the lunar surface can be combined with other gases to produce breathable air, but it is also a vital component of rocket propellant that could be manufactured on the moon and used to refuel spacecraft bound for deep space. Read about it here:

Back to the Moon

There are big plans to go back to the Moon and on to Mars as laid out by NASA Artemis Program.

“NASA will land the first woman and next man on the Moon by 2024, using innovative technologies to explore more of the lunar surface than ever before. We will collaborate with our commercial and international partners and establish sustainable exploration by the end of the decade. Then, we will use what we learn on and around the Moon to take the next giant leap — sending astronauts to Mars.” – NASA ARTEMIS

Now incorporating the Artemis Accords which in the words of NASA “describe a shared vision for principles, grounded in the Outer Space Treaty of 1967, to create a safe and transparent environment which facilitates exploration, science, and commercial activities for all of humanity to enjoy”

While this is NASA’s narrative we are keen at Naaut to dive into the Space policy side of this agreement and welcome anyone who would like to come together to have a more open debate about the Artemis Accords.

What about the European Space Agency?

Most recently ESA Director General Jan Wörner and NASA Administrator Jim Bridenstine have signed a Memorandum of Understanding (MoU) to take Europe to the Moon. The historic agreement will see ESA Member States contribute a number of essential elements to the first human outpost in lunar orbit, known as the Gateway.

It confirms ESA’s commitment to delivering at least two European Service Modules that provide electricity, water, oxygen, and nitrogen to NASA’s Orion spacecraft — with more to come. ESA will also receive three flight opportunities for European astronauts to travel to and work on the Gateway.

The Gateway will enable sustainable exploration around — and on — the Moon, while enabling research and demonstrating the technologies and processes necessary to conduct a future mission to Mars. ESA’s contribution to this international endeavour under the MoU includes building the main habitat for astronauts when they visit the Gateway, known as I-Hab.

A second contribution called ESPRIT, will supply enhanced communications, refuelling capability and a window, similar to the European-built Cupola observatory on the International Space Station. This is consistent with what was approved by Member States at ESA’s Space19+ Ministerial Council, in Seville, Spain, last year.

International Partnerships and Public/Private Collaboration is what will help to scale these ambitious targets for 2024. Lunar Resources like water on the surface and sunlight provide an even more compelling reason to get into gear and join the supply chain for near-future Lunar Missions.

If you are a research-led organisation, a startup working on a technical solution, or an earth-based technology company that has a lunar solution, connect with Anushka Sharma or follow @nushkino

Naaut is the ethical enabler bridging the gaps between space agencies, primes, launch service providers, policymakers, deep technology companies, science communicators, startups, entrepreneurs, academic researchers, and institutions to collaborate and foster innovation and solutions. Founded by Anushka Sharma in 2017 we invite you to collaborate with us as we work to make the best of innovation to help our planet and work in parallel to go onwards into space exploration in a way that is accessible to all. Find out more at naaut.com