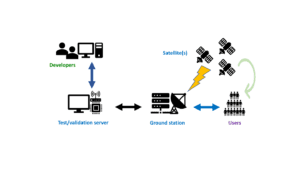 The term “software-defined satellite” has already appeared in the space industry and related media, but for the purpose of clarity of this article it will be defined as following: instead of viewing a satellite as monolithic piece of hardware and software, designed to perform a specific mission, one can see the same satellite as a platform capable of running multiple different missions (defined as software applications) on the same hardware platform. This definition follows the same approach as other “software-defined” entities, such “software-defined radio” transceivers that can be reconfigured for a variety of RF tasks or “software-defined networking” appliances that can support wide range of telecommunications applications. In this similar manner, implementing satellite missions in software can offer a number of advantages, described in detail further below. 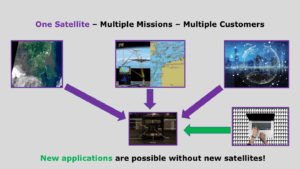 Both space agencies and space industry are now realizing the advantages of “software-defined satellite” technologies. European Space Agency has been developing the first mission of this kind since 2012, called OPS-SAT [1]. This 3U cubesat has been successfully launched in December 2019 as a secondary payload on Soyuz rocket from Kourou spaceport. Called a “software laboratory in space”, its mode of operation is essentially as defined above, with multiple users being able to upload and run their own software applications on its onboard computer, sharing the satellite instruments and hardware resources.

Commercial space industry also have started to work on making their satellite more “software-defined”. Airbus Defense and Space is already developing a software-defined platform for their geostationary telecommunications satellites and plans to launch several of them in the next years [2]. Lockheed Martin is another “Old Space” company that have started their own “software-defined satellite” program, called SmartSat [3]. Their first mission was “Pony Express-1” payload experiment on a cubesat launched in January 2020.

Activities in this segment are not limited to the established giants of aerospace industry. A number of space start-ups in US and UK are also working to launch their “software-defined” solutions, one of them being the Exodus Orbitals – the British-Canadian company founded by the author of this opinion piece. Our company is relying on OPS-SAT mission to test some of building blocks of a “software-defined satellite” technology, with the goal of launching commercially available platform for space applications next year.

Dennis Silin is a Canadian entrepreneur and also a first generation immigrant, having come from Ukraine in 2004. He had a long and successful career as software developer after graduation from Ryerson University with BSc in Computer Science, but his true passion was always space exploration. His contributions in this area included participating in multiple NASA Space App hackathons and presenting his paper on interstellar travel at 2011 NASA/DARPA Hundred Year Starship conference. In 2016 he was finally able to pursue his dreams, having first completed MSc in Astronautics and Space Engineering at Cranfield University and then founding Exodus Orbitals company, where he is working full time as Executive Director. 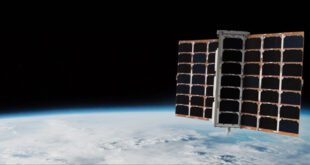