This AO comes after the CSA asked for additional input in January for an upcoming “commercial lunar opportunity.”

The objective of the AO is to “position Canadian technologies in the lunar mission supply chain by 2024” and is part of the new space strategy announced last February. The LEAP program is already funded at CAD$150 million (US$112 million) over five years.

The industrial capacity-building contribution AO is capped at CAD$13 million (US$9.7 million) with the maximum amount of funding per project set at $2 million (US$1.5 million), though with an extension that amount could reach CAD$4 million (US$3 million).

The AO will be in the form of non-repayable contributions and is in line with the “CSA Class Grant and Contribution (G&C) Program to Support Research, Awareness and Learning in Space Science and Technology – Research Component.”

The Moon as a destination for further scientific study has been ongoing. However, it is now also seen as a waypoint to test new technologies for the human exploration of other planetary bodies in our solar system along with establishing early commercial opportunities beyond low Earth orbit. 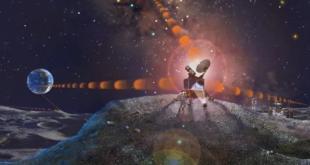